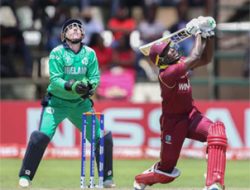 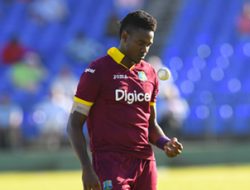 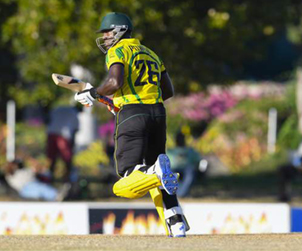 Powell blasted the Scorpions to a comfortable four-wicket win over Canada in a day/night Group A contest on Saturday at Warner Park and reinvigorated his side’s chances in the tournament.

The Jamaica captain blasted four fours and eight sixes in an undefeated 100 from 67 balls and dominated a fifth wicket stand of 92 with Nkrumah Bonner that got the Scorpions back on track before they coasted over the finish line.

It was the Scorpions’ second successive win in the tournament, after stumbling in their first two games against Barbados Pride and hosts Leeward Islands Hurricanes.

Powell spoke to CWI Media following the game and said the Scorpions want to prove they have sting in their tails. . .

On his batting performance:

The team needed someone to carry it through and I think I did that in this game.

On his reasons for success:

On the batting of the team in the game:

I think up front the batsmen played a few careless shots, but things like that happen in this sport. It was good, however, that (Nkrumah) Bonner and I put on a good partnership and got things back on track. It shows the depth of our batting.

On value of Bonner to the side:

On the remainder of the group games:

The job is not over yet. We have to beat Canada not once, but twice. Any hiccups against Canada and we will be in trouble. We are taking it one game at a time. After we take care of them, we can start thinking about the big sides like the Leeward Islands Hurricanes and Barbados Pride.