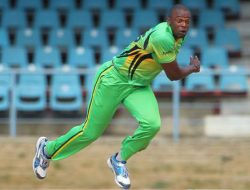 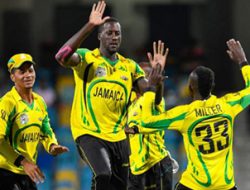 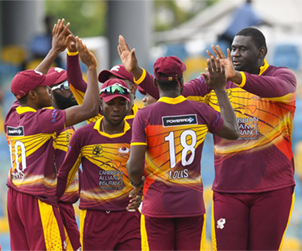 The former Leeward Islands captain and West Indies opener has replaced Winston Benjamin as head coach for the Tournament and said his side welcomed the opportunity of playing on home soil, where the franchise is based.

The Hurricanes have been pooled with reigning champions Combined Campuses & Colleges Marooners, as well as regional powerhouses Barbados Pride and Jamaica Scorpions, along with invitational side, Canada, for Group “A” matches which will be played at Warner Park and Conaree Sports Complex for this year’s competition.

Last season, the Hurricanes played inconsistently in the competition, finishing second-last ahead of the United States in their group which was contested Barbados, landing wins over the eventual winners and the Americans in two low-scoring contests.

Williams spoke to CWI Media ahead of the competition and said he expected far greater consistency from the Hurricanes this year and to develop more players that have a chance to wear the West Indies burgundy in the coming year.

First, it’s always an honour to serve your home territory and so I cherish the opportunity to impart to the players whatever knowledge about the game I can. We had an indifferent season last year, but we have had another year of experience and, hopefully, another year wiser, so I am hoping to see the improvements the players have made. We have a local tournament being contested in Antigua right now, but we are looking to be competitive on home soil in St. Kitts.

Most of our players have been on the road for a long period. They have been playing in the Caribbean Premier League Twenty20 Tournament and they are playing in the Leeward Islands Tournament in Antigua right now, but the franchise is based in St. Kitts, so it will be a homecoming of sorts for many of the players and we are hoping the crowds will come out and support the team. They know they will get the little bits of criticism, but it’s part and parcel of the game and we are looking to play decently this year and we are looking to improve for sure.

Right now, they are playing the Leeward Islands Tournament and the selectors will select the final squad by Friday. We are due to have a final one-week camp in St. Kitts, where we hope to get all the finer details sorted out. We will be missing a few key players on West Indies duty – Alzarri Joseph, Rahkeem Cornwall and Hayden Walsh, Jr – but we still have some experience in the side with the likes of Kieran Powell and Devon Thomas.

We are in a tough group, but we are looking to get out of the group and qualify for the semi-finals and the final. That’s our goal. That’s my expectation. That’s important.

Our bowling has been our strength in recent seasons, but losing Rahkeem Cornwall and now Hayden Walsh, Jr, the strength of the team has now shifted to our batting. With Kieran Powell, Devon Thomas, Montcin Hodge and Jahmar Hamilton, we have a core of batsmen that will be where our strength will be.

The most important thing will be player and team development. The results will take care of themselves. I want to see the players move to the next level. For the first time in a long time, we are seeing our players being recognised. Since the 1990s, this has probably been the most players from the Leeward Islands that have been in the West Indies set-up. We have some players that the West Indies senior team’s selectors have identified, so while winning is important, it is not all about the winning tournament, but see the players move to another level.