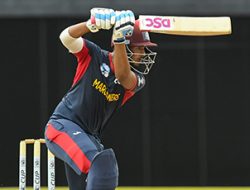 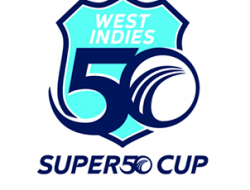 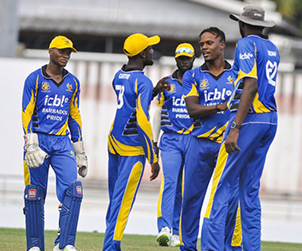 BRIDGETOWN, Barbados – A career-best spell from Shamar Springer transformed the fortunes of Barbados Pride and propelled them to a 39-run victory over group leaders Jamaica Scorpions in the Super50 Cup on Saturday here.

Springer, the former WINDIES Under-19 World Cup-winning star, grabbed 5-30 from 7.4 overs, as the Scorpions lost their last six wickets for 24 in 38 balls to allow the hosts to finish the group stage of the tournament on a high note.

In the other Group “B” contest: Overnight and early morning rain forced a no-result between Combined Campuses & Colleges Marooners and the United States.

At Kensington Oval: Chasing 247 for victory, the Scorpions looked in command on 183 for three with Andre McCarthy and Nkrumah Bonner in full control at the height of a century, fifth-wicket stand.

McCarthy slammed nine fours and two sixes in 83 from 96 balls, and Bonner supported with 41 from 61 balls, sharing 109 to lead a Scorpions’ recovery, after they stumbled to 74 for four in the 14th over.

But Springer trapped Bonner lbw in the 36th over and triggered the Scorpions’ decline, bowling the Pride to an unlikely victory, as the visitors were dismissed for 207 in 41.5 overs.

Earlier, half-centuries from Jonathan Carter and Shamarh Brooks paved the way for the Pride to post 246 for five from their allocation of 50 overs, after they chose to bat.

Carter led the way with 82 from 69 balls spiced with seven fours and two sixes, becoming the tournament’s leading scorer with 351 runs at an average of 50.14, and Brooks cracked four boundaries in 60 from 72 balls.

Brooks was the glue that held the top order together, sharing 70 with Leniko Boucher, and Carter led the charge for runs late in the innings, putting on 60 for the fourth wicket with Kevin Stoute, before they both fell in the last three overs.

At the Windward Cricket Ground: Wet conditions caused by the weather meant not a ball was bowled, as seasonal rain pounded the venue.