27th February 2022 Comments Off on Spinners Shine But West Indies Women Go Under To Australia In First Warm-Up Views: 592 News

West Indies Women had their first match ahead of the ICC Women’s Cricket World Cup 2022 when they came up against Australia Women at Lincoln Green in Lincoln. Winning the toss and electing to bowl first, the West Indies were able to keep the Aussies at bay for almost 45 overs. However a final flourish saw them reach 259-7 off their 50 overs. West Indies replied with 169-9 off their 50 overs.

While being expensive in her opening spell, skipper Stafanie Taylor was able to pull back the runs being scored off her bowling, allowing her to finish with figures of 3-51 from her allotted 10 overs. Anisa Mohammed was next best with the ball for the West Indies, taking 2-47 from her 10 overs, while follow off-spinner Hayley Matthews also had 2-45 from 9 overs. 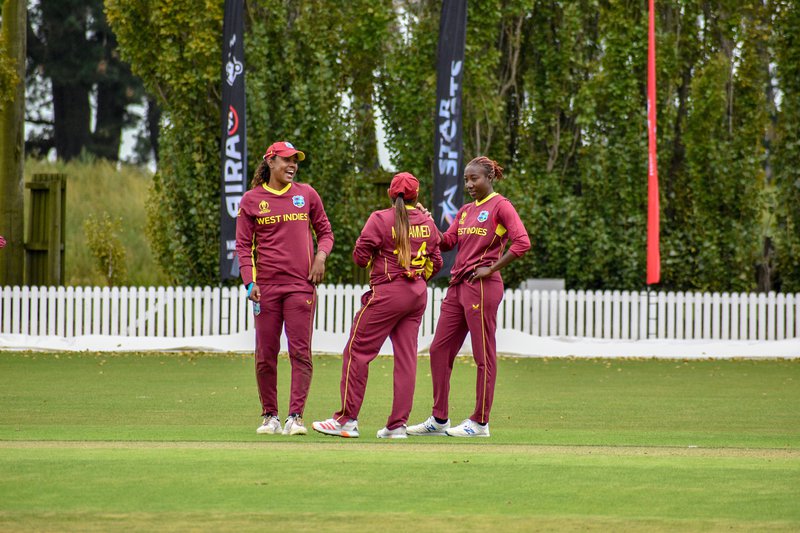 Ellyse Perry showed why she is considered one of the best all-rounders in women’s cricket. She top-scored for the Aussies, striking 62 from 85 balls, which included five-fours and a six. Annabel Sutherland had the next best score with 54 not out from 39 balls. She shared in an 82-run partnership with Tahlia McGrath who added 40 runs of her own to the Australian total.

In their reply, the West Indies innings never got off to the solid opening foundation they needed. Ellyse Perry wreaked havoc on the top order. With four balls in the seventh over, she had Deandra Dottin trapped LBW for 18 and Kycia Knight bowled without scoring.

Taylor and Matthews joined bats to post a 43-run third wicket partnership before Matthews lobbed one off Alana King to depart for 24. Chedean Nation then joined Taylor and the added 49 runs to the tally before Nation was caught in the deep for 20. Taylor soldiered on but was caught at point off Sutherland for 66, which came off 128 balls. 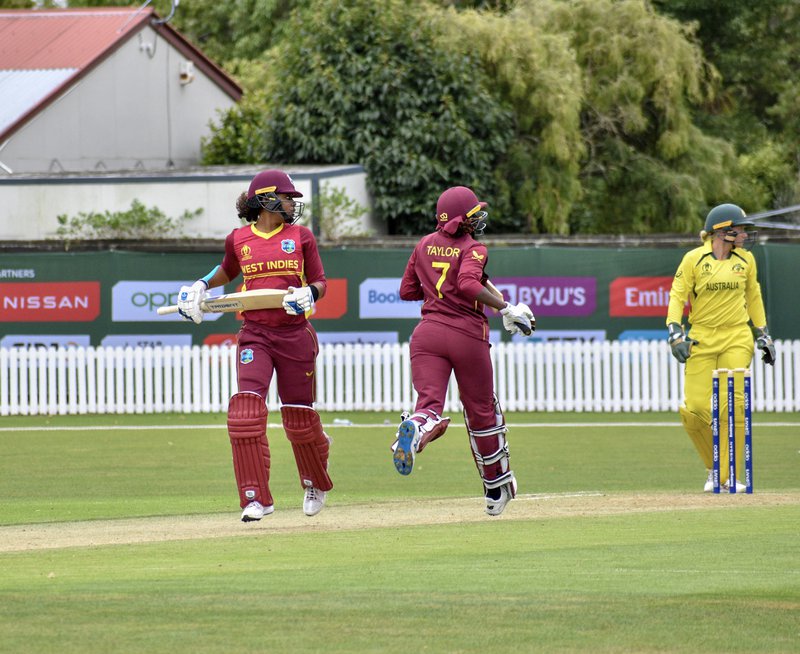 Ellyse Perry was the pick of the Australia bowlers, finishing with 2-6 from three overs, while Tahlia McGrath had 2-17, Alana King 2-18 and Annabel Sutherland 2-19.

West Indies Women’s vice-captain Anisa Mohammed said that despite the loss, there were many positives to take away from the match,

“The bowlers bowled really well and we had Australia under some pressure up until the forty-fifth over but with wickets in hand a long batting line-up, it was expected they would go after it (our bowling). It’s good to see Staf (Stafanie) getting back into the runs and taking wickets. We just need a couple more batters to get going and come that first game with New Zealand I think we will be ready.”

West Indies will play their final warm-up match against India on Tuesday at Rangiora Oval before taking on home team New Zealand in the opening match of the tournament on March 4 in Tauranga.