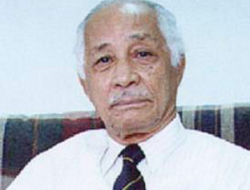 17th March 2015 Comments Off on Skipper Holder leading from the front Views: 1331 News

West Indies captain Jason Holder is leading from the front. At the end of the preliminary round of the ICC Cricket World Cup.

Holder is at the top of the West Indies batting averages and second in the bowling.

In the bowling department, he has taken nine wickets at an average of 30.55 and this is despite the mauling he received at the hands of South Africa, where he became the first West Indian to concede over 100 runs in an ODI.

West Indies are into the quarter-finals and will meet New Zealand on Friday at Wellington.