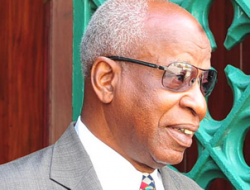 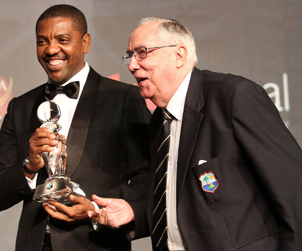 Hendriks, a retired president of the Jamaica Cricket Association, is of the opinion that what should have been done instead was for Simmons to be reprimanded with a warning.

“I can understand the frustration that Simmons may have felt with him going and talking to (Dwayne) Bravo and (Kieron) Pollard, and wanting them to play, and his frustration of not getting them to be a part of the one-day squad,” said Hendriks.

“However, it’s rather unfortunate the comments he made. They were totally out of place, and temperate, and, should have been kept to himself,” added Hendriks. “However, having said that, I don’t believe the action of the board to suspend him was the right one.”

“I think it was a bit harsh, given that it is the head coach we are dealing with, and, could have been handled in a much more diplomatic manner,” Hendriks said.

Continued Hendriks: “He (Simmons) should have been called in, and be asked to explain the reason behind his outbursts.

“Thereafter, a stern warning should have been issues that such utterances are unacceptable, and a repeat of would lead to his ultimate dismissal.”

Simmons, said he believed there were outside “interference” in the selection of the one-day team for Sri Lanka.

According to the 52-year-old Trinidadian, who was this summer offered the reigns of the regional side, he along with chairman of selectors, Clive Lloyd, was of the opinion that Bravo and Pollard should be included in the team, however, other selectors disagreed.

Former West Indies players Courtney Walsh, Courtney Browne, and Eldine Baptiste, are the other voting members on the selection panel.

Meanwhile, Hendriks, who represented the West Indies in the 1960s as a wicketkeeper, said he found it rather “peculiar” that Bravo and Pollard are good enough for the Twenty20 team and not the one-day side.

He said, while not exceptional, the duo remain two of the region’s best limited overs players, and deserved a place in both regional squads.

“I find it peculiar that they are selected for the Twenty20 team, and not the one-day team,” he said.

“They are two of the players we have in limited overs cricket, and as such I am still struggling to see why they were not in the World Cup squad to begin with, and now not in the one-day squad for Sri Lanka.

The West Indies are down to play two Tests, three one-dayers, and two Twenty20s, respectively, while on tour of Sri Lanka.