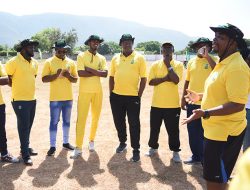 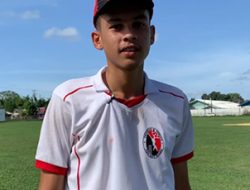 Nail Biting Finishes In Round 2 Of West Indies... 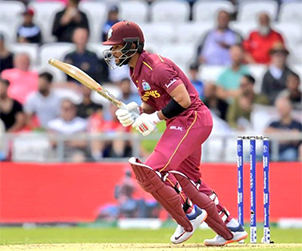 LEEDS, England – West Indies batsman Shai Hope spoke to members of the media after the team’s ninth and final match of the ICC Cricket World Cup against Afghanistan at Headingley. He topscored with an attractive 77 off 92 balls which included six boundaries and two sixes. It was his third half-century of the tournament and piloted West Indies to 311-6 off their 50 overs. They then bowled out Afghanistan for 288 off the final ball to end their campaign with victory by 23 runs.

The 24-year-old continued his great form at this venue and earned the Man of the Match award. Two years ago, he scored two centuries in the Test match against England at the same ground in an historic win.

Hope shared a second wicket stand of 88 with opener Evin Lewis – who made well-compiled 58 off 78 balls with six fours and two sixes. Later in the innings Nicholas Pooran made a superb 58 off just 43 balls to follow up his maiden century against Sri Lanka earlier this week. The 23-year-old left-hander ended the tournament with 367 runs at an average of 52.4 per innings to be the team’s leading runscorer.

It was the final ICC Cricket World Cup match for Chris Gayle. The 39-year-old ended his fifth tournament and was cheered by the large crowd. He had an impact with the ball – a crucial wicket as he conceded less than five runs per over. Carlos Brathwaite ended with four wickets and was well supported by Kemar Roach who took a vital early wicket and followed up with two more in the final stages.

“It was definitely a learning experience. Something that I will never forget. Playing each team in this format, obviously you have to be the better team on the day to progress in the tournament. But having said that it was a wonderful learning experience. I definitely gained something from it. Hopefully, myself and the other younger players in the team can use this and take it forward into their career,” Hope said.