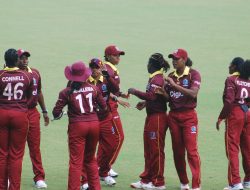 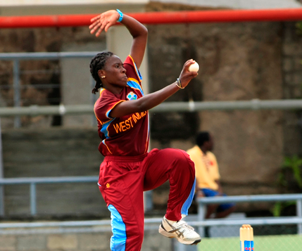 Fast bowlers Shakera Selman and Shamilia Connell have returned to the West Indies women squad for the three-match ODI series against Sri Lanka that begins on October 11 in Trinidad. Both suffered injuries during the Women’s World Cup in England in July.

Selman was struck on the helmet while fielding at short leg during the team’s opening match against Australia, while Connell injured her hip during the match against India. Kycia Knight and Subrina Munroe replaced the pair for the rest of the tournament.

Kycia keeps her place in the squad for the Sri Lanka series, alongside sister Kyshona Knight, while Munroe misses out. Shanel Daley, Qiana Joseph and Felicia Walters have also been left out of the 13-member squad.

The three ODIs will be played at the Brian Lara Cricket Academy, on October 11, 13 and 15. The results of all three will count towards the ICC Women’s Championship, which is being contested by the top eight ODI teams in the world. The top three finishers in the Women’s Championship will qualify automatically for the 2021 World Cup.