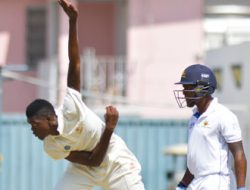 Hurricanes facing defeat against the Pride 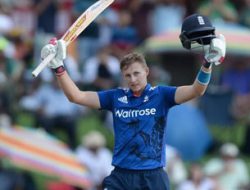 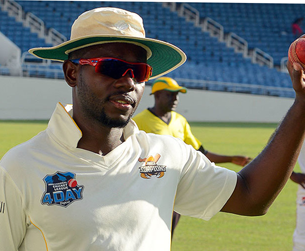 Captain Nikita Miller believes a lack of penetration on behalf of his fast bowlers was the main reason behind the Jamaica Scorpions’ seven, wickets defeat to the Guyana Jaguars in their West Indies Cricket Board Four-day Tournament clash at Sabina Park yesterday.

Set a modest 182 to win and resuming on 79 for two, the Jaguars achieved their target at 184 for three late in the morning session of the final day.

Leading the way for the visitors, who have now leapfrogged Jamaica as leaders, was the previously out-of-form Vishal Singh, who ended unbeaten on 63, and all-rounder Raymon Reifer, who closed on 37 not out.

Reifer, who claimed seven for 60 in the Scorpions second innings total of 188, was also named man of the match.

Jamaica, in their first innings tallied 255 to which Guyana had replied with 262.

“Our fast bowlers failed to step up to the plate in both innings, and I think that played a major role in losing,” assessed Miller.

“Guyana is known to not play fast bowling that well, and in the first innings, our pace bowlers did not claim one wicket, and in the second two, one came when the game was virtually done and dusted.

“This is a concern for us, and something, as a unit, we will have to address going forward.”

Jamaica, who enjoyed a three- point lead at the top of the table over the Jaguars heading into the contest, played three seamers.

Leading the charge was the experienced Jerome Taylor, who along with former West Indies Under-19 standout, Marquino Mindley, shared the new ball in the first innings.

All-rounder Derval Green was the other option.

The second innings, in the meantime, closed with Taylor ending with none of 33 off eight overs, Green, whom Taylor shared the new ball with in the second innings, one for 29 off six, and Mindley, one of 19 off 10.

This is contrast to their spin bowlers. In the first innings, Miller with four for 69, part-time off-spinner Andre McCarthy, three for 18, and leg-spinner Damion Jacobs, two for 35 led the way.

Miller, one for 32, claimed the other wicket to fall in the second innings.

Jamaica will next play mid-table contenders the Leeward Islands Hurricanes at Sabina Park in a historic regional four-day encounter, starting at 3pm on Friday.