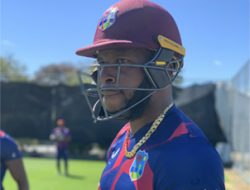 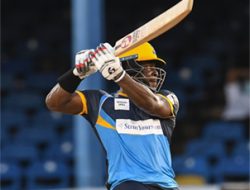 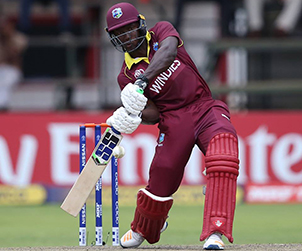 6th November 2020 Comments Off on Rovman Happy To See Return Of Fans On The Stands Views: 624 News

Rovman Happy To See Return Of Fans On The Stands

West Indies all-rounder Rovman Powell is delighted that fans will be on hand when they when face New Zealand in the upcoming Twenty20 International series. For the first time since the COVID-19 pandemic started, supporters will be allowed inside the venues when the two teams meet at the Eden Park in Auckland for the night match on November 27 (2am Eastern Caribbean/1am Jamaica).

Speaking on Thursday, Powell added that he was pleased with the team’s readiness since arriving a week ago. The West Indies squad flew 54 hours to reach their destination and are presently in Christchurch where they are undergoing an intense training routine under the expert guidance of Head Coach, Phil Simmons.

On Friday it was also announced the second round of testing had all come back negative and the side would have a further test next week.

“It has been a while … I think it’s the longest cricket has gone without playing in front of crowds. So it’s good that New Zealand have dealt with their COVID situation the way they have so we will be able to play in front of crowds. New Zealand hasn’t been an easy place, not just for us but for other teams to tour, bit if you look at the depth and the strength pf our squad you would have to say it is a pretty good one.

The captain and the coach have stressed on us playing the rand of cricket that we want to play leading up to the ICC T20 World Cup next year and all the guys have bought into that brand and it will bear fruit.”

West Indies men are the only team to have embarked on two international tours during the pandemic, also touring England in July, although none of those matches allowed fans to attend. West Indies women also had an official tour when they played England in a five-match T20 International Series in September.

Powell said he is also looking to up the pace of his bowling as he aims to be seen as a genuine all-rounder on the world stage.

“I would say I’m a batting allrounder … my batting is my strength. But as an all-rounder in international cricket you want to contribute to the team in all departments to help them win … with the bat, with the ball and in the field as well. For the last couple of years my bowling fell off a bit, and it’s something I sat down and I thought about it’s for me to continue to work on my bowling and continue to strengthen all aspects of my cricket.”

“To get that extra ‘X factor’ I think I would have to bowl a bit faster. Looking on at the other all-rounders around the world, they tend to bowl a bit faster that I am at the moment. The slower balls and the variations will always come, but over the course of your career I have to come up with a way of bowling a little but extra pace and I think that would give me a little cutting edge regarding my bowling in international cricket.”

The West Indies are the defending champions of the T20 World format – having won the title for the second time at Eden Gardens in Kolkata in April, 2016. They will use the three-match rubber against the Black Caps as art of their preparation for the next edition to be played again in India.

The upcoming T20 Series will start at the historic Eden Park – where the two teams played to ties in 2005 and 2008 – the first was decided by a “bowl off” while the second as decided by “super over”. The series then moves to Mount Maunganui for two matches at the picturesque Bay Oval – the first a day match and the second under lights.