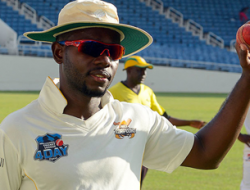 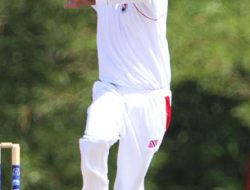 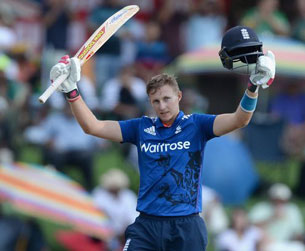 The 80-year-old Sir Garry, Barbados’ only living National Hero and widely considered the greatest cricketer to have played the game, said Windies players lacked motivation and application – qualities which he identified in the new England Test captain.

“I think the English are more adapted and I think that they are more concentrated and they seem to be well on top of their game. They seem to work situations out very well,” Sir Garry told a media throng last weekend.

“I love Joe Root. I think he’s a wonderful player and I think he works it out. You can see when he goes in and pulls a ball, he tries to get himself in and he’s got all the shots in the world.

“When he gets on top, he’s on top and I think that that is what we need to see our West Indian players doing – getting in, understanding the situation, not taking too much risks early, particularly if the bowlers are bowling well or if the wicket is doing anything unusual.

“Just try and work it out just like how Joe Root and a lot of other players do.”

The 26-year-old Root has emerged as one of the finest players of his generation, and has already gathered 4594 runs from 53 Tests at an average of 52, since making his debut five years ago.

In fact, Root has dominated all three formats of the game and averages 47 from 83 One-Day Internationals and 40 in 24 Twenty20s.

Root was a key member of the side which whitewashed West Indies 3-0 in the recent One-Day Internationals, scoring an unbeaten 90 in the second game and 101 in the final on at Kensington Oval.

Sir Garry, who witnessed the 186-run humbling at the Oval last Thursday, said there were definite question marks over the team’s commitment.

“I would say that I believe that we have a lot of good young players coming up,” the icon said.

“I don’t know what motivates them at this stage, but as a cricketer myself, I always felt that when you are playing for your country it doesn’t matter what cricket you’re playing – you should always be motivated and trying to do your best. Whether it is Test cricket or Twenty20. You shouldn’t have to pick out one from the other.”

He added: “[From] watching them in these last three games, they certainly look out of all sorts. The English probably played well and you can’t take that away from them, but I don’t think our boys show the kind of talent that I have seen, particularly in Barbados, watching Barbados play against Trinidad and Jamaica and the like.

“You see a different kind of cricket and I haven’t seen any real application of our players when they go in to bat.” (CMC)