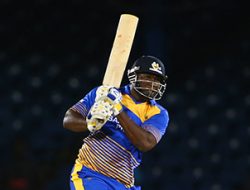 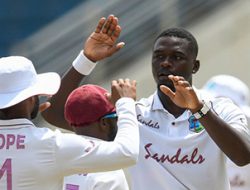 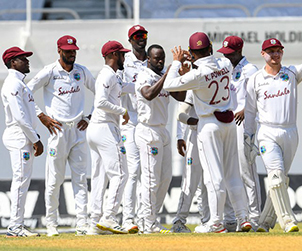 21st August 2021 Comments Off on Roach Gets It Right Again With Three-Wicket Haul On Tough Day Views: 84 News

Kemar Roach continued up an exemplary bowling form with a telling three-wicket haul to inch within four wickets of drawing level with the legendary Sir Garry Sobers on the all-time West Indies list, but half-centuries from Fawad Alam and captain Babar Azam inspired a strong Pakistan response, on Friday’s opening day of the second Test at Sabina Park. 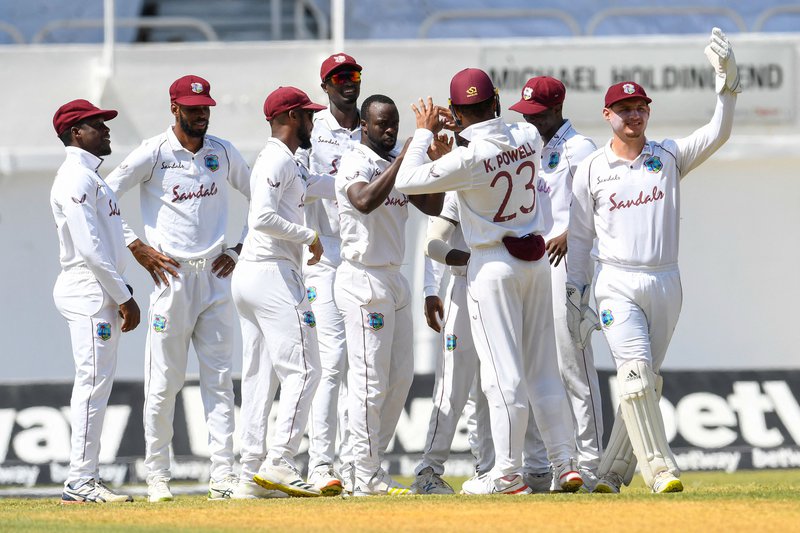 On a humidity day in Jamaica’s capital, Pakistan ended on 212-4 with Fawad Alam top-scoring with 76 before being forced to retire with heat exhaustion, while Babar stroked 75 before becoming Roach’s third victim midway through the final session. The pair was instrumental in pulling the innings around from the ruins of two runs for three wickets in the morning’s fourth over, as they put on a magnificent 158 for the fourth wicket.

When Babar departed, West Indies had hopes they could make inroads into the visitors lower-order. However, Faheem Ashraf (23 not out) and Mohammad Rizwan (22 not out) calmly added 44 in an unbroken fifth stand to deny West Indies any further success.

Roach ended with 3-49 to move his career tally to 231 wickets, within touching distance of Sir Garry on 235, and with Michael Holding’s mark of 249 also within sight. It was the seasoned campaigner’s two-wicket burst at the start of the morning which handed West Indies the early advantage, as Pakistan stumbled after being asked to bat in a must-win encounter for them.

“It was a hard day for us. It was very, very hot and obviously for the first hour there was some moisture in the pitch and we utilised that,” bowling coach Roddy Estwick said after the day’s play.

“But once the pitch eased out, you’ve got to give credit to Babar and Fawad. I thought they batted very well. But what I thought we did well after tea, is we stopped the scoring. We were able to frustrate them and what we’ve been asking for now is discipline and they really showed that, so credit to the bowlers as well.”

Roach initiated the early drama with just the third ball of the morning when he found the outside edge of Abid Ali’s bat after the right-hander had scored only one, Jermaine Blackwood taking a low catch at third slip. In his next over, the exemplary seamer removed Azhar Ali without scoring, the right-hander edging an uncertain defensive prod to wicketkeeper Joshua Da Silva. Impressive teenager Jayden Seales added to Pakistan woes in the fourth over when he drew Imran Butt into a defensive stroke and had him caught at the wicket for one.

Babar and Fawad then combined to frustrate West Indies for the better part of the next four hours, carrying Pakistan to lunch at 62-3 and dominating the second session to be 145-3.

Play resumes on Saturday at 10am (11am Eastern Caribbean Time).