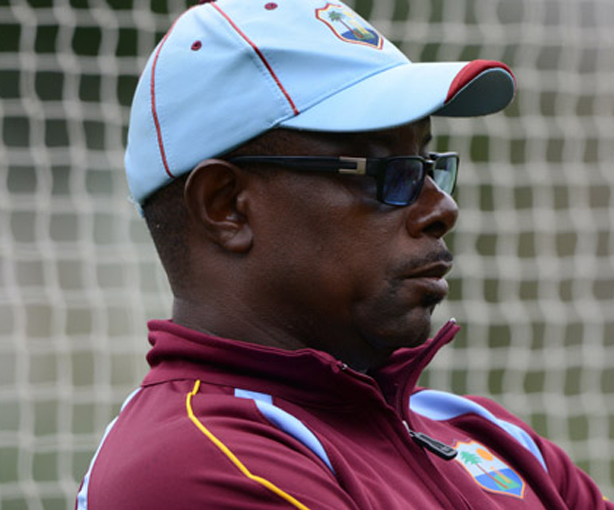 If West Indies do not believe they can square the series against South Africa, they may as well head back to the airport as far as their manager Richie Richardson is concerned. Although they have suffered sizable collapses in the series so far – 6 for 39 and 7 for 44 in Centurion, 5 for 15 in Port Elizabeth, and 4 for 30 in the first innings here – Richardson remains confident that if West Indies push on, they could cause a massive upset.

“You cant change the past, and you cant compete thinking about the negatives. If we are going to think like that, we may as well pack up and go home tonight,” Richardson said. “It’s important for two of our batsmen to get in and get centuries. South Africa are going to have to bat last on this wicket.”

Although the Newlands surface remains suitable for batting, it is getting more difficult and is known to deteriorate on the final two days of a Test. “If you get in, it gets a bit easier. There are some cracks, a couple keep low and the spinner is in the game. There is more than enough for bowlers to work with,” AB de Villiers said, as a positive for his own attack, who will be looking to limit the lead tomorrow.

Once it starts to inch towards 200 and if it tips over that, de Villiers predicts things could get tricky for the hosts. “Anything over 200 would be chaseable but tough,” he said.

With West Indies four runs behind, with eight wickets in hand and two days left to play, recent form of the two teams aside, it would appear the match is shaping up to be much more competitive than many thought it would be and reflects well on West Indies. “We’ve shown quite a bit of improvement from the first Test match and that’s what we asked for,” Richardson said. “We’ve seen the team playing better and better. We’ve got to learn to dig in as early as possible. We had a bad start but we’re happy with the progress we’ve made.”

Throughout the series their batsmen have got starts and as it has developed they have managed start building on them. This is their final opportunity to show that they can convert something small into something substantial, and Richardson hopes they will not squander that chance.

“We have to work on turning those 40s and 50s into big hundreds. A lot of the players are young and inexperienced but they have the potential,” he said. “We have coaches, mentors, analysts, we collect data, we assess ourselves, we have a lot of discussion but at the end of the day, it’s up to the individual to go out there and make the decision. To say: ‘I’m going to score 150, I’m going to bat four hours.’ When you look at our batsmen, we’ve scored faster than the South Africans. We have class players, we just have to be a bit more productive.”

In the two men at the crease – Leon Johnson and Marlon Samuels – West Indies have a mix of determination and defiance, and in the ones to come, Shivnarine Chanderpaul and Denesh Ramdin, they have the experience they want. But they will be up against a South African attack that does not need much prompting to turn it on, although de Villiers gave them – one, in particular – a nudge, just in case.

“We know the game will speed up a bit now. We’re hoping we can start really well tomorrow,” de Villiers said. “Simon Harmer will be really important for us. We’ll be looking to him not only to do a holding job but also as a strike bowler.”