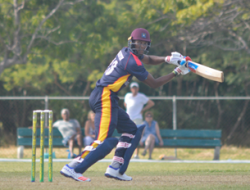 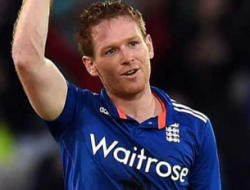 Defending Super50 champions T&T Red Force will go into action today when the team come up against the Windward Islands Volcanoes in their first match of the series at the Coolidge Cricket Ground in St. John’s Antigua at 1.30pm TT time. T&T Red Force the most successful team in the three-year history of the tournament winning the title twice, and reaching the finals on the first occasion, goes into the series with a number of top players missing.

The team is without the Bravo brothers Dwayne (injured) and Darren (banned by the CWI), Keiron Pollard and Sunil Narine (Big Bash). Kevon Cooper is now with the Leewards Hurricanes as well. Red Force is however boosted by the return of skipper Denesh Ramdin and the experienced Ravi Rampaul and Rayad Emrit.

The squad also has packed into it, the exciting West Indies opener Evin Lewis on whom a lot will be depend, as well as the experienced middle order batsman Jason Mohammed. The right-handed Mohammed has been a standout player for the Red Force in the regional Super50 and his teammates will be looking to him to produce runs consistently again in the middle order.

The bowling attack despite the absence of Narine, still looks potent with the likes of Rampaul, Emrit, West Indies pacer Shannon Gabriel, former West Indies left arm speedster Sheldon Cottrell, leg-spinner Imran Khan and the wily Jon Russ Jagessar. The Windwards will be coming hard at the T&T franchise, given the fact that they already have a win under their belts. They were however made to work hard for their victory against the West Indies Under-19 in their opening match.

Batting first, in that encounter, the Windwards were restricted to 221 and the West Indies Under-19 made a fight of it and reached 200 for nine in their allotment. The Windwards would know that despite that win, they would have to lift their game in order to beat the T&T Red Force. Yesterday, both teams went through their final drills in preparation for the match and all is reported well in both camps. Most of the T&T players would have knowledge of the ground having played there during the days of the Stanford Twenty20.

The newly-renovated facility staged the Zone A first round fixture between home side Leeward Islands Hurricanes and English County side Kent Spitfires on Wednesday night. The ground last hosted regional cricket just under a decade ago. It will be home for all the day/night matches in Group A of this tournament as well as the semi-finals on February 15 and 16 and final on Saturday, February 18.