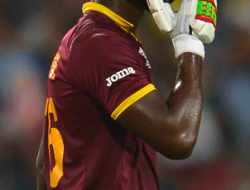 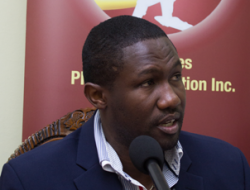 NOTTINGHAM—West Indies fast bowler Ravi Rampaul made an impressive debut for Surrey here Sunday, snatching a five-wicket haul against Nottinghamshire on the opening day of the new English County season. The 31-year-old, who recently signed a two-year deal with the London club, finished with five for 93 as the hosts were dismissed for 446 at Trent Bridge.

Surrey were seven without loss in reply at the close. Opener Steven Mullaney top-scored with a breezy 113 from 114 deliveries with 18 boundaries while Samit Patel (85), Riki Wessels (81) and Chris Read (63 not out), all chipped in with half-centuries.

Mullaney put on 56 for the third wicket with Brendan Taylor (20) and added a further 54 for the fourth wicket with Wessels.

Rampaul, playing his first first class match in three years, claimed Mullaney to a catch at the wicket off the inside edge at 201 for four and then accounted for Wessels to another catch at the wicket, after the right-hander had put on 107 for the fifth wicket with Patel.

Patel and Read added 93 for the sixth wicket but once the stand was broken, Notts lost their last five wickets for 45 runs with Rampaul taking three of the wickets to fall. At the Rose Bowl in Southampton, left-arm seamer Keith Barker grabbed five wickets to help Warwickshire restrict Hampshire to 189 for eight.