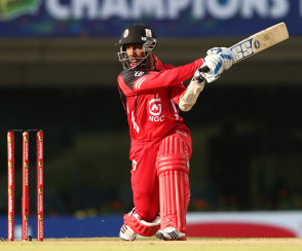 However, I wish to state that the circumstances that I have endured since my return to the Caribbean have been made unnecessarily difficult and uncertain. I am a professional cricketer and I have committed myself fully to West Indies cricket and to cricket in Trinidad and Tobago, my home.

I accept and understand the responsibility that I owe to my region, my country, the WICB and the Trinidad and Tobago Cricket Board (TTCB). I am fully aware that my responsibility is even greater, since I hold the positions of West Indies captain and Trinidad captain.

I have experienced no greater pride than in representing my country and the West Indies cricket team.
I feel compelled to state that on my return from India I was restricted from attendance at a practice session with the Trinidad and Tobago team on Thursday, October 30, 2014. Although I felt hurt and embarrassed, I knew that I should remain committed to my responsibilities.

On Friday, October 31, 2014, in my capacity as captain of the West Indies cricket team, I attended a meeting with the WICB and chaired by the Honourable Ralph Gonsalves, Prime Minister of St Vincent and the Grenadines. At that meeting the WICB was represented by the President of the WICB, Mr Dave Cameron, the Vice President of the WICB, Mr Emmanuel Nanthan and Mr Baldath Mahabirand, who is also a member of the Trinidad Board. The Honourable Keith Mitchell, Prime Minister of Grenada also attended the meeting.

On Monday, November 3, 2014, I attended a meeting with the Trinidad and Tobago Cricket Board. At that meeting, I was told that since I did not demonstrate proper leadership in relation to the tour in India, I would be relieved of the captaincy and would be replaced by Rayad Emrit. I understood this to be a punishment contrary to the undertaking given by the WICB at the meeting on Friday, October 31, 2014.

I am also advised that this action is a breach of my rights having regard to the fact that the Task Force appointed by the WICB has not made any findings and has made no findings of misconduct against me. I remain available to freely communicate with the Trinidad and Tobago Cricket Board and to receive communications therefrom on any matter pertaining to Trinidad cricket and to my involvement therein.

I have always been courteous and respectful in my relationship with the Board and I look forward to a harmonious relationship in the service of my country as a professional cricketer. I believe that it is the discipline and commitment that I have displayed that commended me to the position of Captain in the first place.

In spite of the actions of the Trinidad and Tobago Cricket Board, I wish to assure the public that my love for my country, for my region and for the game of cricket will never diminish and I humbly look forward to serving in our quest to regain glory within and beyond the boundary.’’