Miller thinks his time has come 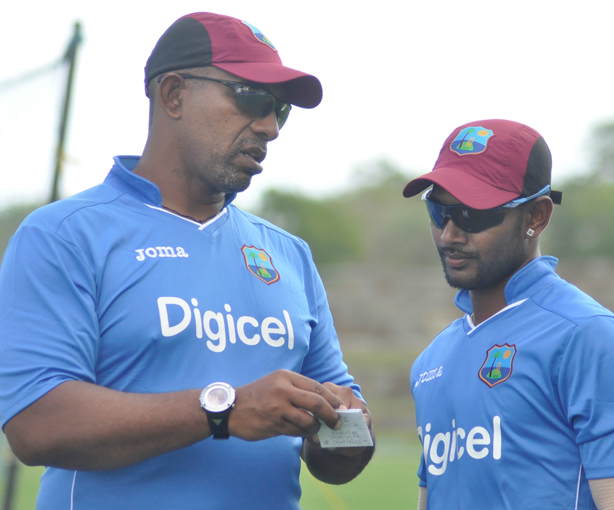 West Indies captain Denesh Ramdin chided senior batsman Marlon Samuels for getting “sucked in” to his dismissal at a pivotal moment of the Dominica Test, after a stand with the debutant Shane Dowrich had given the hosts a chance of setting a tricky target for Australia.

Dowrich was out to Josh Hazlewood shortly before tea, and in the minutes after the resumption Jermaine Blackwood fell to Nathan Lyon. Samuels had to that point played a mostly composed innings, but in the very next over he was tempted by Mitchell Johnson to hook a bouncer and was caught off a top edge at fine leg for the second time in the match.

Ramdin, who was himself helpless to stop the rush of wickets that followed, criticised Samuels for the dismissal after asking for more out of him and Darren Bravo – the team’s two most senior batsmen – before the match began.

“That was a bad shot, a bad time,” Ramdin said. “We lost a wicket in the over before and he got sucked into that short ball again. Hopefully he can not let it happen in the near future.”

Samuels’ lapse and the swift conclusion of the match left Ramdin to again be answering questions about the absent Shivnarine Chanderpaul, and to state that to his knowledge no changes would be made to the squad before the second Test of the series in Jamaica on Thursday.

“His decision was made and we have to just move on with it,” Ramdin said. “His experience is countless but we have to move on. We’ll try to take the positives out of this game and move forward. They’re a good unit and we need to play a lot more tougher cricket.

“When we’re in positions of strength we need to carry that on. That partnership with Marlon and young Dowrich, they could have taken it to probably 200-plus. It has been a very difficult pitch to start, but guys who got starts went on. Adam Voges got a start and made a big hundred for his team.”

Ramdin spoke more happily of the performances put in by Devendra Bishoo and also that of Dowrich, who looked more than capable of holding his own in Test cricket, albeit on a slow pitch. “Young Dowrich did well for himself so far,” Ramdin said.

“If he could have gone on to get a hundred today it would have been brilliant. It’s something he can learn from. He has stood up against one of the best bowling lineups in the world.”

Too few of Dowrich’s teammates stood up similarly, leaving plenty for Ramdin and his team to work on over the next week between Tests.