Windies and Sri Lanka to battle for Sobers/Tissera Trophy 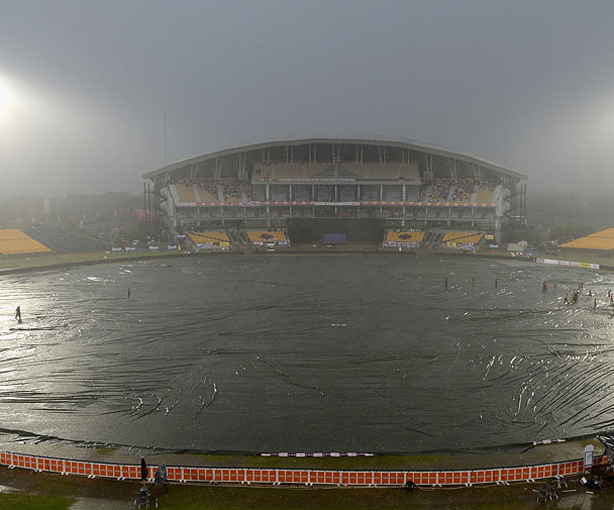 West Indies’ three-day practice match at the SSC has been postponed by one day due to bad weather in Colombo. The match against Sri Lanka Cricket Board President’s XI, led by Lahiru Thirimanne, had been scheduled to begin on Thursday, but will now begin on Friday.

The postponement means West Indies are left only two clear days between the end of the practice match and the start of the first Test which is scheduled to begin from October 14.

West Indies had arrived in Sri Lanka on October 1, and had largely been forced to practice indoors, thanks to almost daily showers in Colombo. The northeast monsoon brings island-wide rain in October and November, but scheduling difficulties often force Sri Lanka to host international sides during these months.

Prior to the postponement, West Indies captain Jason Holder had said the three-day match would be particularly vital to his team’s preparation, as most of the West Indies squad have not played Tests in Sri Lanka before.

“The warm-up is our first game since we have been here and we can gauge where we are in these conditions. Hopefully the rain stays away and we can get the practice we want ahead of the Test match. Our batsmen and bowlers need to spend some time in the middle and hopefully we can make use of this match and be ready for the first Test on October 14.”

The first Test is set to be played in Galle before the teams return to Colombo to play the second Test at the P Sara Oval.