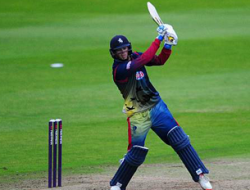 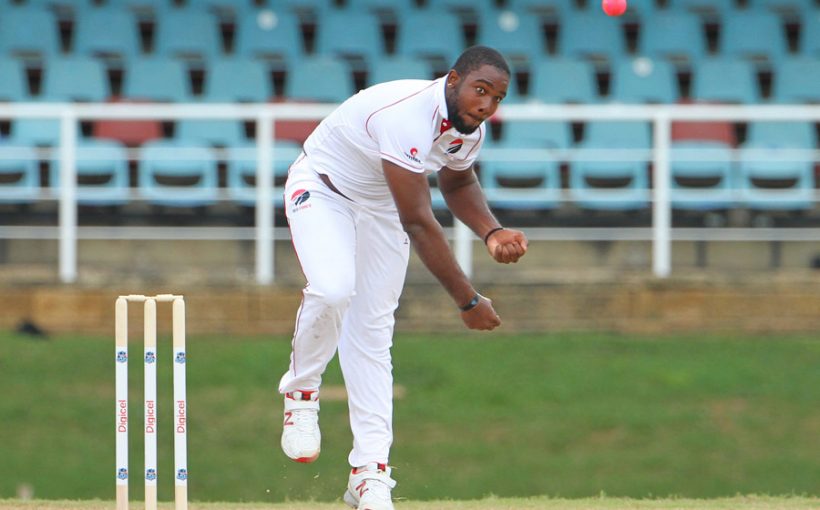 Debutant Roshon Primus‘ all-round efforts – a match haul of 7 for 68 and a key knock of 36 not out in the first innings – were instrumental in Trinidad & Tobago‘s nine-wicket win over Windward Islands in the opening round of the Regional 4 Day Tournament in Port of Spain. T&T needed only three days to complete the win, having gained an early advantage by bowling their opponents out for 142 in the first innings. Primus took 6 for 30 with his seam-bowling in one spell that reduced Windward from 31 for 2 to 50 for 8. It was only opener Devon Smith‘s unbeaten 86 and his 73-run stand with No. 10 batsman Delorn Johnson that lifted the side’s total past 100. They were eventually dismissed for 142.

T&T responded by scoring 242 runs for a first-innings lead of 100. Primus was one of only four batsmen in the side to score more than 30 and added valuable runs after they were struggling at 192 for 6 following the loss of top-scorer Jason Mohammed who made a 95-ball 70. Opener Kyle Hope, too, chipped in with 56 giving T&T a good start.

Windward did much better in their second innings, scoring 254, but were limited by legspinner Imran Khan‘s 5 for 84 and the fact that they had conceded a 100-run lead. Tyrone Theophile (53) and wicketkeeper Sunil Ambris (43) chipped in but, like T&T’s innings, the rally came from the lower order. Shane Shillingford took charge with a knock of 65 off 94 balls and an eighth-wicket partnership with Mervin Matthew helped Windward inch closer to 250 from 196 for 7.

T&T’s chase of 155 appeared untroubled with Hope leading the way at the top of the order again. Like the first innings, he was the main contributor to the opening stand, in this instance a partnership of 61 runs, before pairing with Yannic Cariah to add 96 runs for the second wicket. Hope was unbeaten on 79 while Cariah scored 52 not out.