CWI Partners With The ICC To Develop Global Training... 19th February 2022 Comments Off on Pooran And Powell Show Prowess But India Hold On To Take Series Views: 210 News 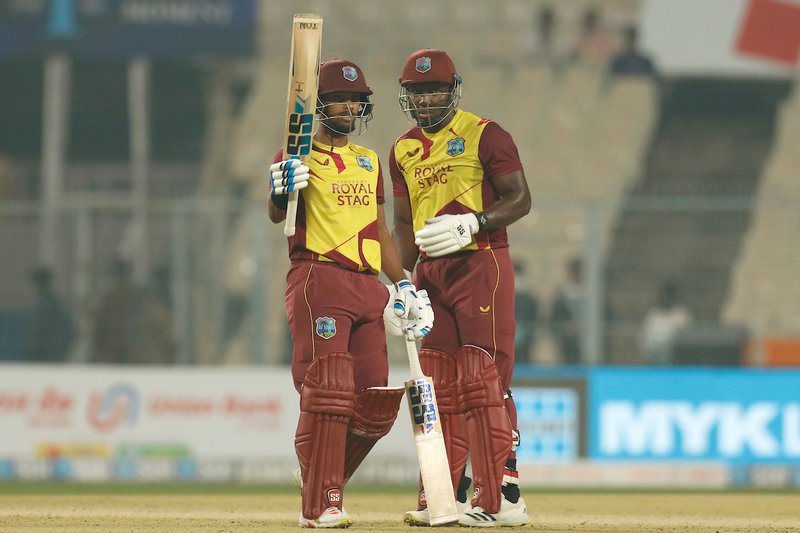 Rovman Powell and Nicholas Pooran hit super-charged half-centuries but seamer Bhuvneshwar Kumar produced a high class penultimate over, to swing the pendulum India’s way and earn them a narrow victory in the second contest on Friday.

Chasing a challenging 187 in order to level the series at Eden Gardens, West Indies got a superb unbeaten 68 off 36 balls from Powell and an equally sparkling 62 off 41 balls from Pooran, to find themselves requiring 29 from the last two overs.With a big over needed, the visitors got only four runs and lost Pooran, as Bhuvneshwar kept his cool and executed brilliantly.

The target though remained in reach with 25 runs required off the last six balls, and Powell refused to let up, smashing two consecutive sixes off seamer Harshal Patel to keep the game alive. His valiant effort went in vain, however, as Harshal helped the hosts secure victory and complete the series win.

The match had special significance for West Indies captain Kieron Pollard as he made his 100th appearance in T20 Internationals, making him the first West Indian men’s player to reach the milestone.

“Powell was phenomenal today. I thought the partnership between him and Pooran almost got us over the line,” captain Kieron Pollard said after the match. Sometimes that’s what we’re asking from the guys: try to bat as deep as possible.  ’m pleased, not with the result, but pleased with the guys, the way how they continue to aim for consistency … Nicholas getting another half-century, Powell with two half-centuries in four games.”

India had earlier gathered 186-5 off their 20 overs after being asked to bat, wicket-keeper Rishabh Pant hitting an unbeaten 52 off 28 balls and Virat Kohli stroking 52 off 41 balls.Venkatesh Iyer smashed an 18-ball 33 towards the end as India accelerated to plunder 88 runs from the last seven overs. Off-spinner Roston Chase led West Indies’ attack with 3-25 from his four overs, claiming the key scalps of captain Rohit Sharma for 19 in the eighth over and Kohli in the 14th over. 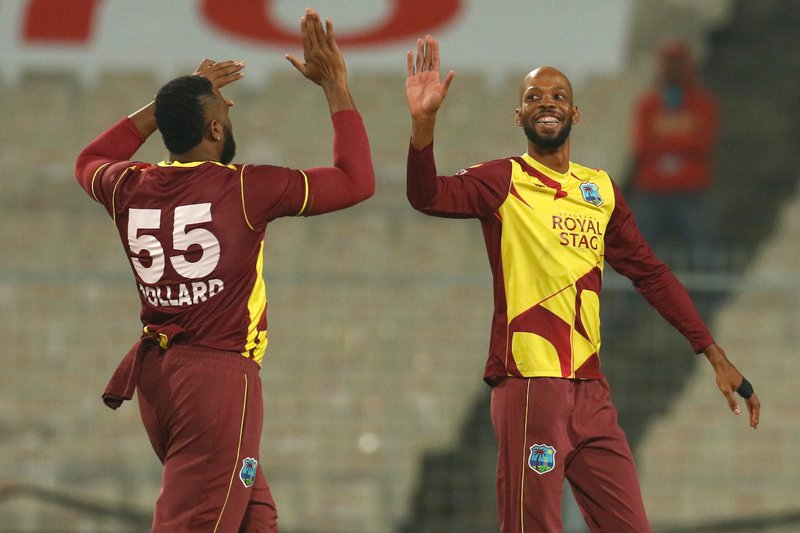 West Indies struck as early as the second over when left-arm pacer Sheldon Cottrell removed Ishan Kishan to a catch at point for two. Kohli arrived to hold the top order together, striking seven fours and a six while adding 49 for the second wicket with Rohit and 34 for the fourth wicket with Pant.

When Chase produced a beauty to bowl Kohli, Pant took charge, blasting seven fours and a six in a 76-run fifth wicket stand with Iyer who belted four fours and a six.

Brandon King (22) and Kyle Mayers (9) then posted 34 for the first wicket to provide the tourists with a solid, if not spectacular, start before the left-handed Mayers was caught and bowled by leg-spinner Yuzvendra Chahal off a leading edge in the sixth over.

Unfazed, Powell embraced the moment, striking four fours and five sixes, while Pooran joined in with five fours and three sixes, as they hauled their side back into the contest with a 100-run partnership for the third wicket. Pooran was first to his half-century off 34 balls in the 17th over, whipping pacer Deepak Chahar over fine leg for six. 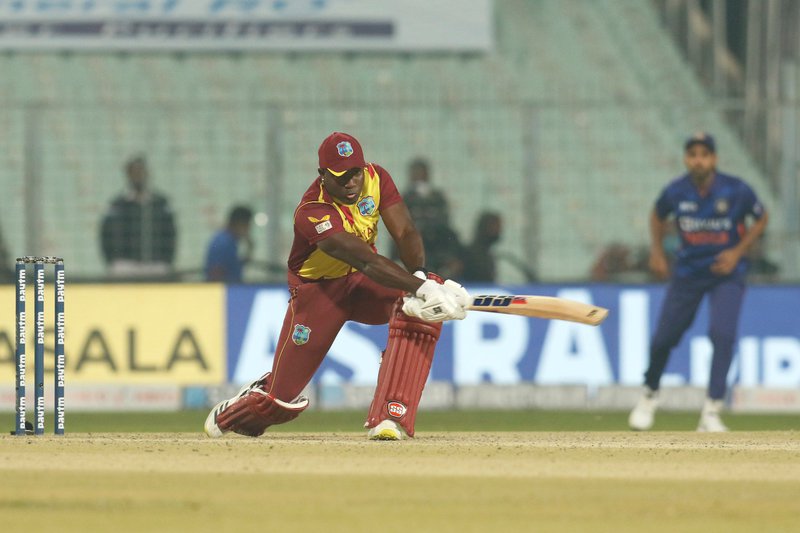 Then Powell brought up his landmark off 28 balls in the 18th over with a single to the deep. Momentum was with West Indies then but Kumar changed the course of the game in the 19th over, getting Pooran to hole out to cover where Bishnoi took a good catch.

The two teams will remain in Kolkata for the final match on Sunday.