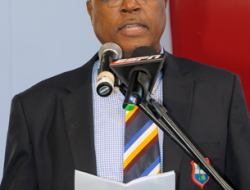 International cricket’s future hangs in the balance this week. As a select group of senior administrators meet in Dubai to finalise a proposed model for radical changes to the game’s schedule, the players have warned of a massed exodus to Twenty20 leagues if nothing is done.

AB de Villiers: We have already raised our intensity and urgency just knowing that a Test league might happen. There is nothing like the pressure and adrenaline that comes with knowing you need to win matches. It’s time for all international matches to have more meaning.

Shakib Al Hasan: It would be a great thing for Bangladesh to play more regular international cricket. I have been playing for 10 years and have only played 42 Tests. If I was from India or England I would have had the opportunity to play double that amount.

Ross Taylor: We need to find ways of keeping our players. To survive as a cricket nation, we need our top players playing for New Zealand and not retiring early.

The model will feature leagues for all formats of the international game with greater equity in terms of fixtures for all nations, with the aim of pooling television rights so that richer boards can subsidise weaker counterparts. The pathway for admission to the top of the international game will also be opened up, an attractive prospect for Associates like Ireland and Afghanistan.

However, opposition to the prospect of two-tier Test cricket, championed by the Sri Lanka Cricket president Thilanga Sumathipala and latterly the BCCI president Anurag Thakur, now poses a significant danger to the adoption of the proposed changes. The BCCI has shown increasing belligerence over the past week, questioning funding levels for next year’s Champions Trophy in England and suggesting the ICC president Shashank Manohar is not serving India’s interests.

ESPNcricinfo also understands that the BCCI have made known their opposition to the possibility of pooled television rights money. The BCCI has previously been able to control the ICC board table via the threat – either perceived or overt – of withdrawing its lucrative tours of other nations.

On Monday, the players’ global body FICA stepped into this febrile environment, revealing that 72% of players quizzed for the body’s annual survey are in favour of “the introduction of a divisional Test competition to add more meaning to each match”. The FICA executive chairman Tony Irish urged the ICC Board to carefully consider the new model under consideration.

“To date, the issue that has been talked about most is Test cricket,” Irish said, “but we believe that this review is about creating clear visions for all three formats of international cricket, and balancing them alongside the continued expansion and success of the various domestic T20 cricket leagues. We know from our player surveys, and our engagement with players, that they are facing a conflict between international cricket and domestic T20 cricket leagues.

“This is a fundamental issue that we want any future structure of the game to address. Our concern is that if nothing is done, international cricket may very soon lose more and more of its best players to free agency and the T20 leagues.

“This re-structuring of international cricket should be about providing a better sporting product for fans, players and broadcasters. ICC management has done some excellent work on this, and we strongly encourage Member Boards to look beyond their own individual country interests in taking this forward. We understand that not everyone is in agreement over the divisional Test structure currently proposed, but this should not derail the entire process.”

Irish’s views were echoed by a selection of international players, including Australia’s captain Steven Smith and South Africa’s leader AB de Villiers. “We want our best players to be on the park as much as possible playing for our countries,” Smith said, “and at the moment that isn’t always happening.”

Among other survey results, FICA found that “52% of all international respondents in the current structure still indicated that they would consider rejecting a national contract in favour of free agency in domestic T20 leagues.

“70% of all respondents think there should be “ring fenced” windows in the calendar for certain domestic T20 events to prevent clashes with international cricket.

Discussions in Dubai this week are a precursor to the next round of official ICC meetings set down for October, after which the structural future of the game will become clear.