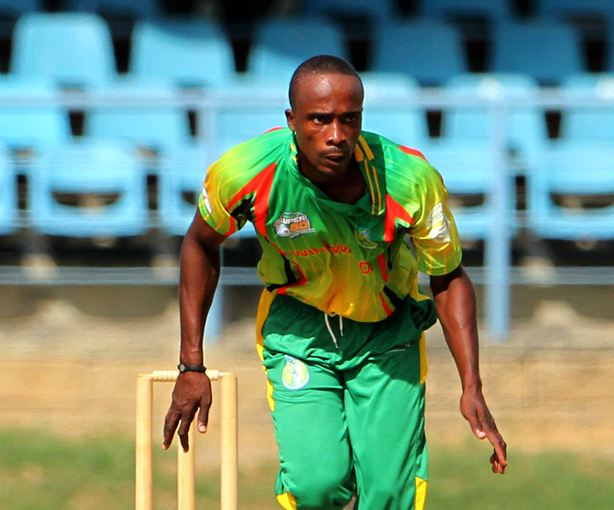 22nd December 2014 Comments Off on Peters called up as Roach ruled out of tour Views: 1207 News

JOHANNESBURG – Left-arm seamer Kenroy Peters has been confirmed as the replacement for the injured Kemar Roach, on the Test tour of South Africa. A short release from the West Indies Cricket Board early Sunday said the 32-year-old had been called up for fast bowler Roach, who has been ruled out of the remainder of the tour with an ankle injury.

Peters is a seasoned first class campaigner who topped the bowling charts with 40 scalps at an average of 12.75 apiece, in the regional four-day championship earlier this year. He has already taken 13 wickets in four outings for Windward Islands Volcanoes in the WICB Professional Cricket League. Overall, Peters has taken 190 wickets in 62 first class matches.

He joins a squad still smarting from an innings and 220-run defeat inside four days, in the opening Test in Centurion. The second Test bowls off Boxing Day in Port Elizabeth. Roach, meanwhile, will return home to continue his rehabilitation. CMC