Hurricanes Aim To Blow Away Barbados’ Pride For WI... 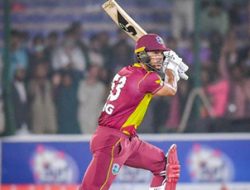 PORT OF SPAIN, Trinidad– A Keemo Paul fifer triggered a batting collapse of the Trinidad and Tobago Red Force in the afternoon session against the Guyana Harpy Eagles at the Queen’s Park Oval in round five of the West Indies Championship 2022.

Winning the toss and electing to bat first, home team Red Force looked set to make amends for the batting woes experienced in the previous two rounds. Jeremy Solozano found an able partner in Jason Mohammed as the pair posted a 100+ partnership before Mohammed edged Demeter Cameron for 68 (140 balls). Mohammed’s wicket sparked a collapse as Solozano followed for 72 (252 balls), no other Red Force batsman beside Isaiah Rajah (26) reached double figures.

The Red Force ended day one on 203/9, Terrance Hinds and Shannon Gabriel not out on 9 and 4 respectively. Keemo Paul ended the day with figures of 5/41 from 17 overs, Gudakesh Motie picked up 2/35 from 20 overs.

Paul dedicated his performance in memory of his uncle who passed away yesterday and he himself wasn’t sure if he would be playing in the match. Paul said,

“I didn’t know if I was going to play today so I dedicated this performance to him. Trinidad made full use of the pitch and batted well. After tea, our plan was to bowl from one side of the wicket, set a proper field and stick to our plans. We under a bit of pressure after the first two rounds (of the competition) but when we came here, we stood up and showed what we’re all about. We enjoy each other’s company and the comradery that we have is showing.”

Meanwhile at the Brian Lara Cricket Academy, Paul Palmer supported by Jamie Merchant played a gritty and patient innings to rescue the Jamaica Scorpions from a batting collapse. With their team on 119/6, Palmer and Merchant dug in their heels against the Leeward Islands Hurricanes bowlers. The pair posted a 102-run partnership, which saw Palmer bring up his fourth first-class century and his highest score of 144 not out (233: 17×4, 3×6), while Merchant fell for 55 (60: 6×4, 3×6). 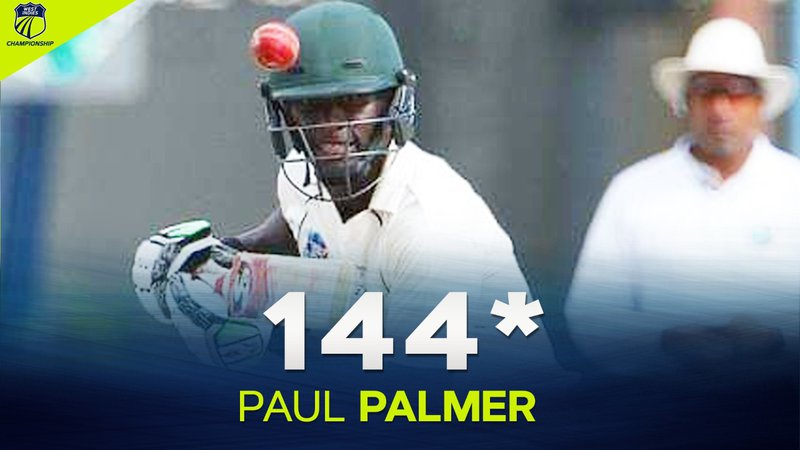 Jamaica Scorpions posted 302 all out. Sheno Berridge was the best Hurricanes bowler with figures of 12-5-29-2, followed by Colin Archibald with 15-1-64-2. The Leeward Islands will open their run-chase on day two.

The Windward Islands Volcanoes batting got dismantled by the Barbados Pride’s bowling on day one of their fifth-round encounter at the Diego Martin Sporting Complex. 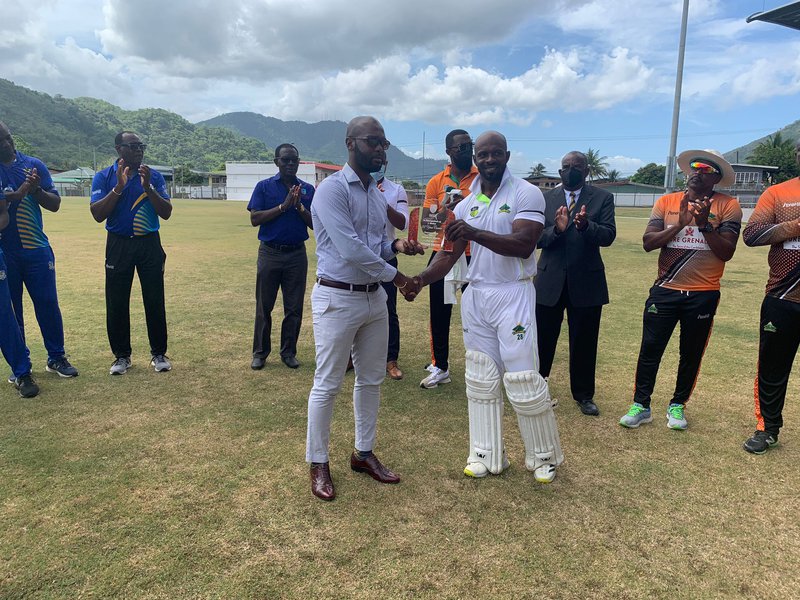 Devon Smith playing in his final West Indies Championship match after an illustrious, run-filled career could not get his side going in their first innings. Young Ramon Simmonds and Roston Chase ran riot on the Volcanoes batsmen, taking three wickets a piece. Teddy Bishop 44 (61: 6×4, 1×6) and Larry Edward 37 (71: 3×4, 2×6) were the only batsmen to provide resistance to the Pride bowlers.

Barbados Pride are the current points leaders with 67 points followed by Leeward Islands Hurricanes with 65.4 points and rounding out the top three Guyana Harpy Eagles with 51.2 points.