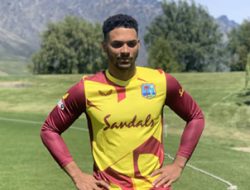 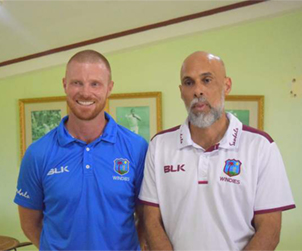 24th November 2020 Comments Off on Over 80 Women Sign Up To Attend The CWI Coaching Foundation Course Views: 614 News

Women’s cricket will take centre stage in the coming week as Cricket West Indies (CWI) continues to unfold its plan to grow the game and create more opportunities for females who are keen to develop their skills and help increase participation in the sport, at all levels.

CWI will deliver a series of free events — featuring several former players and administrators — which include an Online Women’s Foundation Coaching Course for over 80 present and past players, an interview series with special guests that explores the past, present and future of WI women’s cricket, as well as several Cricket Development Workshops held in Antigua. The aim of these initiatives is to engage, inspire and recruit more female players, coaches and course facilitators.

CWI President, Ricky Skerritt, will briefly address the participants at the start of the virtual training session on Tuesday evening. In response to a question following his speech at the recent UWI Frank Worrell Lecture series, Skerritt promised that West Indies Women’s Cricket would soon see an increased attention and focus which he said should help vitalize Women’s cricket and strengthen the female cricketer’s pathway from grassroots to the international stage. The President highlighted the recent appointment of Courtney Walsh, as one of the key steps already taken.

Chris Brabazon, the CWI’s Coaching Development Manager, will be part of the CWI team who will be delivering these events in collaboration with Territorial Boards, Ministries of Sport and a host of past greats and contributors to West Indies cricket.

Brabazon stated: “In what is a hugely exciting time for women’s cricket with the inaugural ICC Women’s Under-19s and Cricket World Cups on the horizon, we want to ensure that women and girls from across the Caribbean feel that they can be part of the game in a playing, coaching or administrative capacity at any level as their involvement is crucial to a thriving and sustainable cricket pathway.” “The response to this week’s Online Foundation Course has been overwhelming with over 80 women signed up to take part in the event which is a clear reflection of the passion that exists for the game. The course will be held online, via Zoom, over two evenings due to the present COVID-19 restrictions.” He added: “We will also be releasing a series of interviews and presentations that highlight the rich heritage of women’s cricket, the current landscape and the future direction which will bring together some of the ‘best of the best’ to share their views including newly appointed West Indies Women’s Coach, Courtney Walsh, Jimmy Adams, Merissa Aguilleira and Anne Browne-John.”