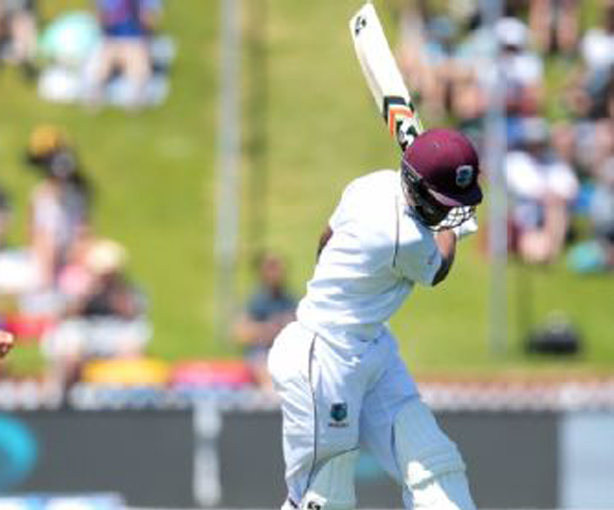 Neil Wagner‘s role in New Zealand’s set-up is unambiguous. In an attack with world-class swing bowlers, Wagner is tasked with pushing batsmen back with a hard length.

When West Indies’ openers put on a display of impeccable defensive technique on the first morning, New Zealand changed tact, employing a barrage of short balls to a solid top order. It played right into Wagner’s hands, who ripped through West Indies with a career-best 7 for 39, the fourth-best Test figures by a New Zealand bowler, to topple the visitors over for 134 on the first day in Wellington. New Zealand then added 85 runs for the loss of two wickets, cutting their deficit to just 49 at stumps.

After Kraigg Brathwaite and Kieran Powell put on a 59-run opening partnership, captain Kane Williamson’s hand was forced. He had a short leg and leg gully, and pushed out fine leg and square leg for Wagner. West Indies, it seemed, were more comfortable pulling than fending. Brathwaite’s first boundary was a top-edged pull for six over the keeper in the 21st over.

Wagner, from around the wicket, continued to angle short deliveries into their ribs. Brathwaite, trying to defend with a straight bat, then awkwardly fended a catch to short leg, only giving Wagner more oomph in his spell.

On the stroke of lunch, a short ball from Trent Boult didn’t climb as steeply as Powell had expected. He dropped his hands to let it go, but the ball ricocheted low to third slip off the glove. The scales evened out after a dominating morning for West Indies.

The session turned decisively in New Zealand’s favour as Shimron Hetmyer, who struck three delectable boundaries in his 13, also fended a catch to second slip, unable to sway out of the line of a short delivery from Wagner. Those wickets prior to lunch did substantial mental damage, and their change in technique was evident.

Shai Hope gloved a wafted pull to the keeper down the leg side two balls after the break. Sunil Ambris, standing deep in the crease anticipating another bouncer, clipped a back-of-a-length delivery to fine leg, but his backward momentum meant his back foot clipped the stump. Ambris hit wicket b Wagner 0 (1) on debut.

Roston Chase also chose to stand leg side of the ball to get into a better position to face the short delivery. All that helped him do was clip a leg-side delivery into the hands of leg gully. The ball of the day came immediately after. Wagner delivered the perfect yorker to Jason Holder off his first ball. Not crouching as much as he should have, the ball crept under Holder’s poke to hit off stump.

A score of 59 for 0 quickly turned miserable as West Indies slumped to 105 for 9. The last pair of Shannon Gabriel and Kemar Roach added a defiant 29-run stand before Wagner had Gabriel caught at second slip to finish with seven wickets.

New Zealand’s openers Tom Latham and Jeet Raval were rather comfortable for the majority of the evening session. On a pitch with sufficient grass, but almost no lateral movement, it was hard grafting for the seamers. Latham left well, and drove and pulled effectively too en route to 37 before he swatted a pull to mid-on off Holder.

Roach then gave West Indies a chance by dismissing New Zealand’s best batsman, Williamson. A short ball that started wide enticed Williamson into a cut, but inward movement after pitching made it a risky stroke. Williamson ended up slashing a ball too close to him to the finer of two gullies.

It was a sour start to the tour for West Indies, but they started the day well. Both openers played close to their body and waited for the bowlers to err in areas they could benefit from. They would also have been pleasantly surprised by the lack of either seam or swing for New Zealand’s seamers through the first session.

Boult often hit the perfect area – fuller than a good length – in his opening spell. He usually gets his wickets when the ball swings from that length, but with no lateral movement available, the openers were comfortable leaving or defending. Boult began the day with three straight maidens.

Matt Henry, brought in for Tim Southee, searched for movement with a full length, but overpitched often. Powell, in particular, was then rewarded for his patience as he drove straight productively.