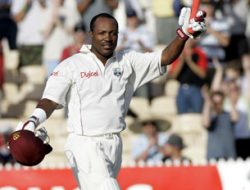 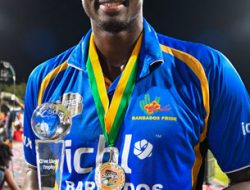 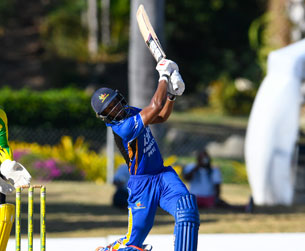 ST JOHN’S, Antigua, (CMC) – The outstanding performances in this year Regional Super50 have not gone unnoticed by new West Indies head coach Stuart Law.He was on hand here Saturday to witness right-hander Shai Hope’s excellent century in the final between Barbados Pride and Jamaica Scorpions, and said it was great to see players performing at high levels.
Law singled out Hope, Jason Holder and Kieran Powell as players who had caught his attention.
“As a coach and as a player, you like to see people getting hundreds with the bat and five-fers with the ball,” the Australian said.
“Shai Hope got another hundred today, got a hundred in the semi-finals, Jason Holder the skipper of the West Indies chipping in with a good 60 as well so, so far so good.
Kieran Powell has also done well in the tournament too with three hundreds in five bats so there’s plenty of runs being scored, plenty wickets being taken and plenty of talent on show.”
Powell finished the tournament with 513 runs at an average of 64 while Hope, with his second hundred in as many outings, moved to 482 runs.
Holder struck a half-century on Saturday to pass 200 runs for the tournament and has also been one of the leading wicket-takers with 16 wickets.
Law said with the plethora of young, exciting players around, he was entering West Indies cricket at a key juncture.
“To be involved now, there have been some exciting times,” the former Test player noted.

“There are some really good young players coming through and the word here is they have a great work ethic, they really want to play great cricket, they want to play for each other and to be part of it will be something special.”
West Indies cricket has been in decline for over a decade and that has been reflected in their lowly rankings in the Test and one-day formats.
They missed out on the ICC Champions Trophy in England in June because they were ranked outside in the top eight in the world.
Law said there was still a lot of support globally for West Indies cricket and he was highly motivated to help the Caribbean side return to the pinnacle.
“I’ve got a lot of friends back home who’ve said ‘we’re very excited by the opportunity you’ve been given by the West Indies Cricket Board, make them great again because we all really want to see the West Indies play really well’,” Law said.
“That’s a nice compliment for the West Indies cricket team that they have a lot of support outside the West Indies as well as inside. If we can get together, get our heads together, play some decent cricket hopefully we can put on great shows wherever we go.”
Law’s first assignment will be a three-match ODI series against England here in the Caribbean next month.