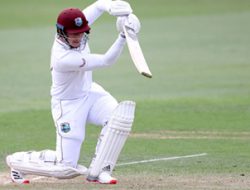 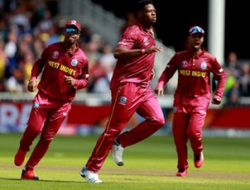 CWI and BCB Agree In Principle To West Indies... 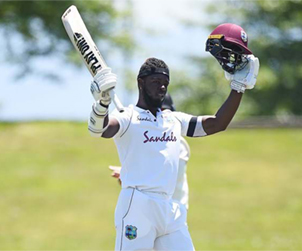 14th December 2020 Comments Off on Moseley and Pooran Showcase Quality But A Team Fail To Hold On Views: 528 News

Half-centuries from the left-handers Nicholas Pooran and Shayne Moseley were undermined by a career-best spell from left-arm spinner Rachin Ravindra that sent West Indies A to defeat against New Zealand A in the second four-day first-class match on Monday (Sunday night Caribbean time).

Pooran made a run-a-ball, career-best 69 and Moseley followed up his first innings hundred with a resolute 54 before the visitors were bowled out for 256 in their second innings to go under by 101 runs.

Fabian Allen made 35 and opener Brandon King added 32, but none of the other West Indies A batsmen reached 20 in pursuit of the target of 358. Slow bowler Ravindra ended with 6-89 from 19.3 overs to complete a great match following his century in the second innings.

The result meant that the visitors were swept in the two-match series, after they lost by an innings and 143 runs in the first match at the Bay Oval in Mount Maunganui.

West Indies A had an early indication that the battle for survival may turn out to be a difficult task, when Kyle Mayers was dismissed in the fourth over of the day, after adding only four to his overnight score.

Moseley joined Brandon King and for a little more than an hour they defied the New Zealanders’ attack to carry Windies A past 50.

The pair put on 43 for the second wicket, but King was bowled by Ravindra, playing defensively forward to a faster delivery in the final half-hour before lunch, which came with the visitors on 101 for two.

Rovman Powell became Ravindra’s second scalp in the third over after the interval, when he miscued a lofted drive and was caught at long-off for 18.

West Indies A were 106-3, but Pooran launched a counter-offensive, putting on 53 for the fourth wicket with Moseley, whose 50 came off 115 balls with a lofted straight drive off Michael Bracewell’s for four.

Pooran unleased a couple of square drives for boundaries off Ravindra that carried Windies A past 150 and brought up the 50 partnership respectively.

But Moseley, moving down the pitch, miscued a lofted drive and was caught at long-on to usher the drinks break with the score on 159-4.

Pooran continued to take the fight to Black Caps attack, putting on 77 with Allen and seemed set to carry his side to safety, when he reached his 50 from 56 balls, turning Ravindra through mid-wicket for a single.