16th December 2022 Comments Off on Matthews Writes Herself Into The Women’s ODIs History Books Views: 235 News

Matthews Writes Herself Into The Women’s ODIs History Books 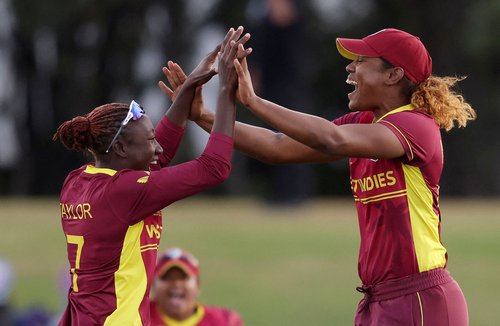 Some call her the West Indies Prodigy, some call her Skip, you know her as Hayley Matthews and in 2022 she etched her name in the cricket history books. Matthews became the second woman in the history of Women’s One Day Internationals to have scored 400 runs and take 25 wickets in a calendar year. The first woman to do it was none other than her former captain and current teammate, Stafanie Taylor.

Hayley amassed the accumulated the runs through ODI series against South Africa, New Zealand, England and at the ICC Women’s World Cup. Against South Africa she scored 78 runs and took 5 wickets. At the Women’s World Cup, she amassed 242 runs which included her third ODI century and took 10 wickets. Against New Zealand in Antigua, she scored 122 runs and took 5 wickets and against England she had 63 runs and 6 wickets.

As someone who doesn’t focus too much time on records, Hayley was delighted to accomplish this record, saying

“It’s pretty humbling to have achieved this milestone knowing that Stafanie was the first to achieve it back in 2013. Growing up she was a role-model for me and to be able to emulate that feat is an enormous accomplishment. It also shows me that the hard work I’ve been putting in, especially in the last year and a half, is paying off.”

Hayley was appointed as West Indies Women’s captain in June of 2022, taking over the reins from Stafanie Taylor.