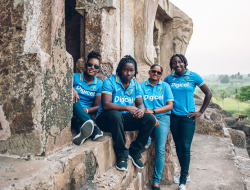 (REUTERS) – Sunil Narine’s transformation from a mystery spinner to a pinch-hitting all-rounder continued at speed on Sunday when the 28-year-old West Indian smashed the Indian Premier League’s joint-fastest fifty to enhance his batting reputation.

The Trinidadian has been a key cog for the two-time IPL champions Kolkata Knight Riders, essentially because of a bag of tricks with the ball that continue to baffle the best batsmen in the lucrative league’s rich roster.

However, when explosive opener Chris Lynn dislocated his shoulder after two matches of this season, Kolkata made the inspired decision to promote Narine to the top of the order and the experiment has proved to be a resounding success.

In nine matches at the top of the order, Narine has scored 194 runs with a 188-plus strike rate and was at his swashbuckling best against Royal Challengers Bangalore, needing only 15 balls to bring up his maiden Twenty20 half-century.

Australian Lynn smashed 50 in his first match since returning from the injury as he and Narine (54) fashioned Kolkata’s comprehensive six-wicket victory against Bangalore with nearly five overs to spare.

“Chrissy told me ‘stay simple, stay still and don’t move too much’. I think I can’t get better advice than that,” said Narine, who also took two wickets, including that of the talismanic AB de Villiers.

“Opening with Lynn, I think he will make it easy. He will just get a single and give you back the strike. If you get going, I think it’s very good for the team and helps the team get a big total.”

Narine clobbered six sixes in his 17-ball blitz, including three in a row off the bowling of fellow West Indies spinner Samuel Badree.

Narine opened for Melbourne Renegades in the Big Bash League (BBL) earlier this year and India all-rounder Yuvraj Singh spelled out what it meant for West Indies cricket.