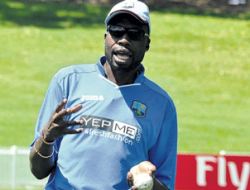 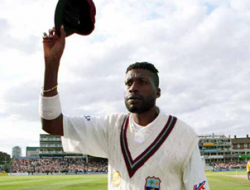 No one in this country is talking about the quick pitch at the WACA ahead of the big West Indies and India showdown (tonight T&T time). No one in India is discussing their country’s recent, superior record against the West Indies, but the cricketing headlines all over are about Virat Kohli’s abusive behavior to a journalist on the eve of their clash in the ICC Cricket World Cup.

The unbeaten Indians face the nervy West Indians in a match that could well determine the regional team’s future in the tournament, but the distraction from Kohli’s outburst at the Murdoch University, where the teams practiced on Tuesday has dominated everyone’s attention and caused the Board for Control for Cricket in India (BCCI) to step in.

Kohli suddenly lost his cool after the training session in Perth yesterday as he hurled abuses at a journalist. Once he was done with his training and was returning to the dressing room, India’s premier batsman saw a scribe of a national daily in front of him.

To the horror of that journalist, Kohli allegedly used several expletives and it went on for some time before he stormed off and some of the Indian team members looked amazed as to what exactly had happened.

The particular journalist also seemed clueless but once Kohli cooled down, he told someone about an article that had appeared about him and his girlfriend Anushka Sharma in a national daily and he thought that it was that particular journalist, who had written the story.

It turned out to be a case of mistaken identity.

The BCCI and International Cricket Council (ICC) are investigating, but the journalist in question remained shaken and the entire press corps has written chapter and verse about the incident. “He never once apologised to me Mr. Barry and I will take the matter to the fullest extent,” Jasvinder Sidhu of the Hindustan Times told The Express yesterday.

However long this matter will go on, it has been a great distraction to the Indian side and one which the West Indies whose unit who were given a full rest day on Wednesday, will want to take advantage of. The recent history between these sides is not good.

We all know of the abandoned tour and the ongoing implications and for the record, India has had the better of the Windies recently in India and in the Caribbean. But former captain and senior player Darren Sammy is focusing on the WACA strip which he believes the fast bowlers will take advantage of.

“Any fast bowler would be excited to bowl here. It is one of the quickest wickets in the world. Having said that India is playing well and our quick bowlers can’t just come and blast the batsmen out. They have to put the ball in right areas and hope to get the results,” Sammy said ahead of the clash.

There is every temptation to play Kemar Roach at the expense of the out-of-from Jonathan Carter or even Sulieman Benn, both of whom have been ineffective with bat and ball respectively.

Roach, too, looked short of work in the West Indies first match, but bowling consultant Curtly Ambrose whose impeccable record at the WACA is still a talking point, says he backs his quick’s to come good here. Whatever the combination, the West Indies must win, or their final preliminary match in Napier, New Zealand against lightweights UAE might be there last.