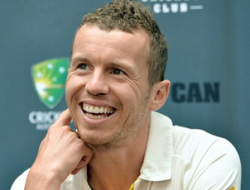 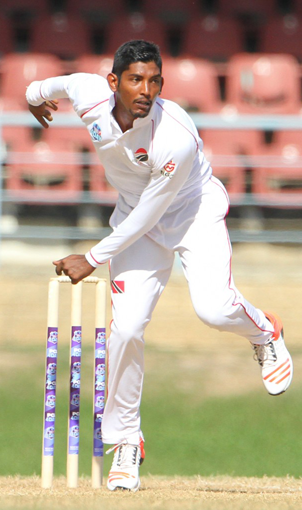 Left-arm orthodox spinner Kavesh Kantasingh grabbed 13 wickets yesterday to bowl out First Citizens Clarke Road twice and gave an his team PowerGen victory by an innings and 19 runs in the sixth round of the TTCB Premiership Division I at Syne Village in Penal.

PowerGen declared on their overnight scored 358 for seven and asked Clarke Road to bat from the very first ball of the second day. PowerGen opened the bowling with the spin twins Kantasingh and Ancil Bhaggan. The pair caused immediate problems for their opponents and half the side was down before lunch.

The only players to offer resistance were former PowerGen captain Gregory Mahabir who counter-attacked on the turning pitch for 65 of 50 balls with 11 fours and a six. Assisting the former national batsman was Daniel Williams who made 49. Kantasingh finished the innings with six for 80.

Asked to bat again, Clarke Road made only 167, with national player Yannick Ottley getting 52 and towards the end Akheel Mollon thumped 28 not out. Kantasingh took five for 69 to return match figures of 13/149. Bhagan supported well with three for 31.

An interesting battle in developing between Merryboys and Central Sports at Santa Cruz. Merryboys resuming play on 144 for six, were bowled out for 193 with Shazan Babawah collecting five for 57. The Patna Boys then struck back to tumble Central Sports for 131 – for a first innings lead of 62 runs.

Batting a second time Merryboys closed the day on 60 for five – a total of 122 runs on with five wickets standing.

After the first day’s play in this encounter was totally washed out, former national player Sherwin Ganga slammed nine sixes in an innings of 130 for Victoria against Alescon Comets at Pierre Road in Charlieville. The left hander was in top form and added ten fours to those nine sixes of 150 balls. Andrae Bryce batted well with him in getting 65. Kastri Singh kept Comets in the game with excellent figures of six for 55. At the close Comets were 14 without loss.

Leaders Queen’s Park looking to make up for the loss of the opening day to rain, bowled out Tableland for just 101 with five wickets apiece to spinners Akeal Hosein and Khary Pierre. Skipper Justin Guillen then batted beautifully to get 77 as Queen’s Park closed on 218 for eight.