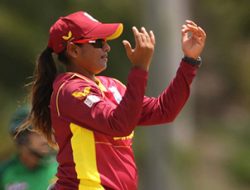 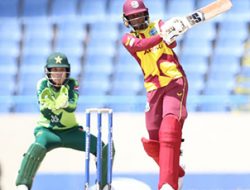 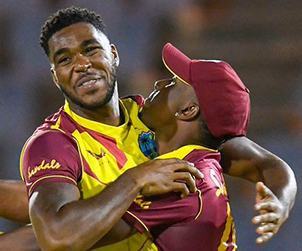 Joy For Mccoy As West Indies Go One-Up Against Aussies

A sensational bowling performance from left-arm pacer Obed McCoy triggered an Australian batting collapse as the West Indies won by 18 runs in the first CG Insurance T20I on Friday night under lights. The home side scored 145-6 after being sent in to bat. Andre Russell showed his tremendous power with scoring 51 runs off 28 balls – which included five towering sixes. It was his maiden half-century for West Indies in this format. 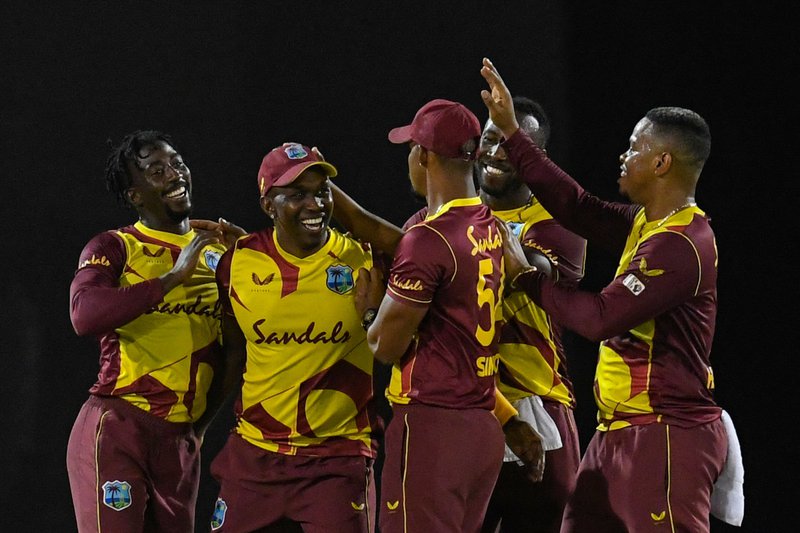 In the second half, Australia were cruising at 70-3 when West Indies then took six wickets for 19 runs as the visitors folded for 127 in 16 overs. McCoy took 4-26 – his second four-for this season – to be named the CG Insurance Player-of-the-Match. Leg-spinner Hayden Walsh Jr, playing his first match of the season, took 3-23; while left-arm spinner Fabian Allen had 2-24.

“I’ve been working really hard . . . it was just all about execution and sticking to the team plan,” McCoy said on the Sandals Player Zone.

“Normally on that surface the ball has nice bounce and carry, but I was just trying to mix up my pace as much as I can. We were confident and knew we had the bowling to back it.”

Mitchel Marsh top-scored with 51 runs and took two wickets and teammate Josh Hazlewood had 3-12 off his four overs. Opener Matthew Wade got Australia off to a strong start with 33 runs from 14 balls.

The second match is scheduled for Saturday at the same venue. First ball is 7:30pm (6:30pm Jamaica Time).