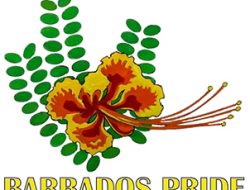 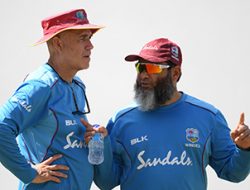 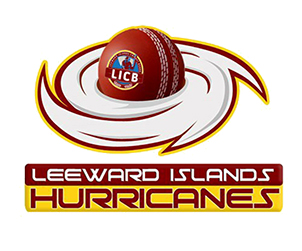 Long-standing opener Montcin Hodge hit his second hundred of the season to earn Leeward Islands Hurricanes a dramatic two-wicket victory and send Guyana Jaguars stumbling to their first defeat in the Championship in two years on the final day of their fifth round match at the Guyana National Stadium.

At the same time – Half-centuries from first innings century-maker Chadwick Walton and Brandon King propelled Jamaica Scorpions to their first win of the season with a six-wicket victory over Windward Islands Volcanoes at the Grenada National Cricket Stadium.

The results meant visiting teams won all matches for the second time this season following a similar sweep in the third round.

Hodge cracked 14 boundaries in 127 from 320 balls in close to seven hours at the crease to put the Hurricanes firmly on course for victory, after they resumed from their overnight total of 32 for one.

He shared 153 for the second wicket with former WINDIES Under-19 World Cup-winning batsman Keacy Carty, whose 67 from 193 balls in 3 ¾ hours included nine fours, and later 59 for the sixth wicket with Jaison Peters.

But his dismissal – caught and bowled by Veersammy Permaul – with nine needed for victorty, saw the Hurricanes lose two more wickets to the long-serving Jaguars left-arm spinner for eight runs in the space of 16 balls to slide to 290 for eight.

Peters, not out on 37, held his nerve however, to swing WINDIES leg-spinner Devendra Bishoo over mid-wicket for six to formalise the result.

The last time Jaguars lost in the Championship was to the Hurricanes back in April 2017, with the defeat only their third of the CWI Professional Cricket League franchise era which began in 2014-15.

Jaguars however, remain at the top of the Championship table with 85.6 points and Hurricanes fortified their hold on second place with 59.8 points – 10.2 ahead of third-placed Barbados Pride.

Walton followed up his career-best 125 in the first innings with a steady 79 and King supported with an equally resolute 56 to lead the run chase for the Scorpions.

The day started well for Scorpions, when left-arm spinner Dennis Bulli grabbed the last Volcanoes wicket with the first ball of the day to end with 5-54 from 16.1 overs and match figures of 10-148, the first time he achieved the feat in first-class matches.

The Scorpions chased started steadily, but they slipped to 53 for two before King came to the crease and put on 102 for the third wicket with Walton – their second hundred-run stand of the match – to get the chase back on track.

As he has been apt to do in the past, Tyrone Theophile caused a few jitters in the Scorpions camp with his part-time off-spin, grabbing 4-44 from 18 overs.

But Barbadian Kenroy Williams, not out on 36, anchored two small, but vital partnerships to carry Scorpions over the finish line.

Scorpions still remain at the bottom of the table on 32.6 points – 0.4 behind Trinidad & Tobago Red Force – and Volcanoes slip to fourth on 48.4.