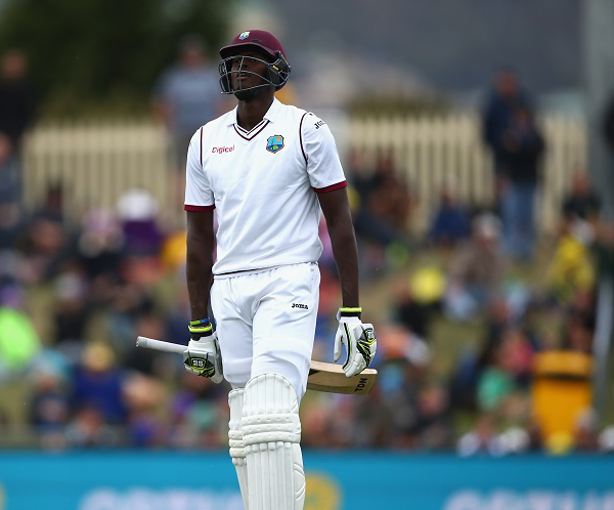 Most Tests get their defining image from the winning team. A batsman in attack, a bowler in celebration, a captain in jubilation. This match found its singular moment from a far more melancholy place. Snaffled down the leg side to give James Pattinson his fifth wicket, the West Indies captain Jason Holder was the very picture of misery as he dragged himself from the field.

Holder would go on to say this was more about his own disappointment at squandering a pair of starts than anything wider, but the tableau was a fitting summary of one of the more troubling Test matches to be played in Australia – or indeed around the world – for many years. Coming so soon after the excitement and promise for the future provided by the day-night Adelaide Test, Hobart’s grim tidings were like the ghost of Christmas past come to haunt Uncle Scrooge.

The primary worries exposed over the past three days were of course those of the West Indies. Thanks to a pair of spirited innings by Darren Bravo and Kraigg Brathwaite it was not a record margin of defeat, but the chasm between the teams was so vast as to lead Barry Richards to remark quite poignantly about the irony of this encounter being classed as a Test while his brushes with the brilliant West Indians of Kerry Packer’s World Series Cricket were not.

For all of the bluster Curtly Ambrose offered prior to the match in public and to the tourists’ bowlers on the first morning, it is difficult to imagine a more inept performance. Bowlers were comically out of rhythm and in Shannon Gabriel’s case injured, fielders seemed as worried about keeping warm as cutting off runs and the batsmen demonstrated oft-repeated technical and mental frailties with disheartening frequency.

Holder tried his best with the ball, notably being the only member of the attack to keep any kind of clamp on the scoring, but his tactical thinking seemed stilted at times. There was even the spectre of teammates not being willing to follow his instructions – stories of the fast bowlers not wanting to bowl into the wind were tantamount to mutiny, though Holder denied it was quite as dramatic as that. Even so, it was not hard to conclude too much was left on his broad but young shoulders.

“Having said that, we were always behind the eight ball with our over-rate and had to speed up. At one stage we were down six overs, at that twas due to the fact the ball was going around the park. There was no situation were people were reluctant to bowl. It was just that I thought it best to rotate the fast bowlers from the end coming down the slope.”

West Indies played against the backdrop of a looming board meeting at which the very future of the WICB was to be discussed, with recommendations for the dissolution of the board and the appointment of an interim authority to run cricket in the region all on the table. If the game’s administrators both there and around the world needed any further proof that the Caribbean game needs urgent treatment, they had it here in plenty of lurid detail.

This is not to say that Hobart’s troubles were exclusively the property of the touring team. Cricket Australia speak often of a vibrant Test match culture, and in Boxing Day and New Year they have a pair of fixtures with all the history and “event” hype that ensures they will remain well attended almost irrespective of who Australia is playing. But Bellerive provided a glimpse of how that strength is not universal, with acres of empty seats drawing the odd puzzled comment from players who think they merited a larger gathering.

The lack of continuity afforded to Tasmania’s cricket watchers is likely to be the greatest issue affecting attendances in this part of the world, but ticket prices must also be taken into account. While the CA director Tony Harrison’s line that “the workers of Tasmania are competing with the fat cat bureaucrats of Canberra” had a ring of cornball populism, it cannot be disputed that pricing for both public and corporate packages in Hobart were too steep, even if the former had come down significantly since the previous Test here in 2012.

Prices of $62 (including booking fees) for seats in the stands behind the bowler’s arm were clearly beyond the budgets of too many locals, and compared unfavourably with those set for Big Bash League games that repeatedly pack out the ground. CA like to talk of Test cricket as a “premium” product, yet their wider strategic goal of “putting fans first” has not extended to a realistic appreciation of how to nurture spectators in Hobart.

It is likely that the sixth Test of next summer will be played in Canberra, servicing not just the ACT but also the vast tracts of country New South Wales, and furthering a creep of the game’s fixtures towards the economic and population hubs of the eastern states. Such an outcome would make plenty of fiscal sense, but it would also leave the state of David Boon, Ricky Ponting, George Bailey and James Faulkner immeasurably poorer for opportunities to see the game’s most enduring form.

There is no strong financial argument for continuing to play Test matches in Hobart unless ticket prices are heavily subsidised, just as there isn’t much for hosting the West Indies or even fighting to retain a regional team when the WICB is in such a dreadful state. But as Ponting himself said before the match began, “I hear the business side of it but as far as I’m concerned it’s more than that, it’s about the fabric of the game.” Hobart witnessed a tearing of that fabric, and Holder’s painful trudge exemplified it.