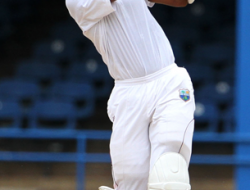 The Hero CPL commissioned SMG Insight/YouGov for the third successive year to conduct an Economic Impact Assessment (EIA) of the Hero CPLT20 Tournament which took place between June 29 and August 7, 2016.
The EIA was to assess the Total Economic Impact for the Caribbean economy of staging such a high profile and successful event across each of the six Caribbean host countries, as well as Florida, as a direct consequence of hosting the event.

Independent research analysis was carried out at each of the venues with 15 399 attendees participating covering a range of topics based on the value of their visitor spend and length of stay in each specific country.
This year marked the fourth edition for the biggest party in sport, and the figures released on Tuesday, December 6 made for positive viewing and wrapped up a fine year as the Hero CPL has firmly established itself as the number one sporting event in the Caribbean.

The economy of finals: host St Kitts & Nevis was the most notable winner overall and the combined total included the organiser spend plus the visitor spend multiplied by the media spend to make the total economic impact figure.
This helped the Federation generate an economic value of over $22,722,350 over the course of the four home St Kitts & Nevis Patriots’ pool matches in Warner Park, Basseterre, as well as the finals week itself, highlighting a significant windfall for countries who host the finals.
With the addition of Central Broward Stadium in Lauderhill, Florida, the staging of the final round of pool matches, which were held between July 28 and 31, helped generate a $12,583,246 boost into the wider Fort Lauderdale economy.

The Florida swing of matches marked professional cricket’s first official entry into the United States of America, and saw in the region of 30 000 fans descend on Lauderhill which indicates that playing a select number of games outside the Caribbean has proved to be a success.
Tourists who attended these matches also spent $4,751,872 in the local economy.