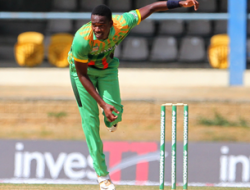 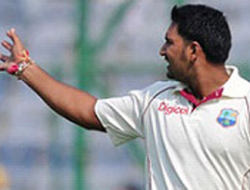 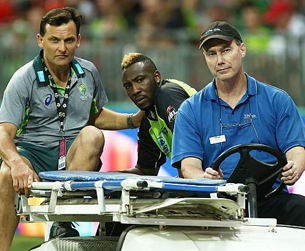 SYDNEY, Australia—All-rounder Andre Russell’s participation in the Big Bash was left in doubt after he suffered a hamstring injury in Sydney Thunder’s six-wicket victory over Melbourne Stars yesterday.

The 29-year-old chased a ball to third man during the Stars innings but pulled up metres before the boundary ropes, dropping to the ground and clutching his left hamstring.

He was stretchered from the field and the Thunder franchise confirmed afterwards that the player had suffered a hamstring injury and would undergo scans Thursday to determine the extent of the damage.

Russell was already set to undergo scans following the game, to deal with a troublesome knee injury which has plagued him in recent games.

He is the third West Indies star to be struck down by injury during the tournament. Last week, women’s all-rounder Deandra Dottin suffered multiple fractures of her cheekbone in an on-field collision with Brisbane Heat teammate Laura Harris and was forced to undergo surgery. (CMC)