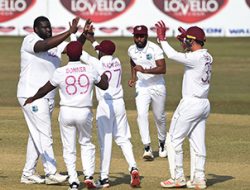 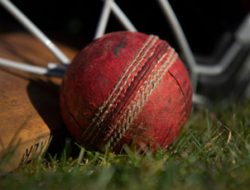 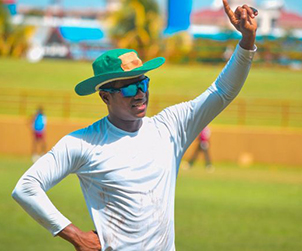 Captain of the Guyana Jaguars cricket team, Leon Johnson, is pleading with thieves who broke into his Farm, East Bank Demerara, residence to return his Golden Arrow of Achievement (A.A) gold medal.

Johnson was awarded the medal in 2019 by then President, David Granger.

The Golden Arrow of Achievement is the fourth highest award in the Order of Service of Guyana. It is usually awarded to “any citizen of Guyana who has performed an outstanding and specific act of service or achievement of an exceptional nature, or is given for long and dedicated service of a consistently high standard in responsible offices, local government services, social and voluntary services, industry or trade unions, or in any other area of public service.”

Thieves broke into the skipper’s house between Saturday and Sunday while he was out; the News Room understands that the perpetrators gained access by prying open a grill from one of the windows.

In addition to stealing the gold medal, the thieves also carted off with a safe that contained a quantity of cash, jewellery and other valuables.

Johnson, in brief comments to the News Room, expressed that he is more concerned about the gold medal since it holds significant sentimental value.

As such, he is pleading with the perpetrators to find some way to return it to him.