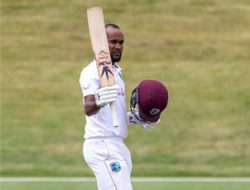 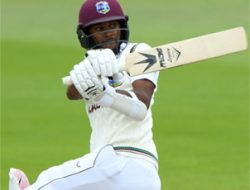 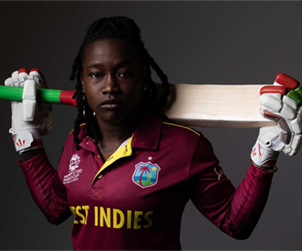 Gayle, Taylor and Dottin In Line For ICC Top Awards

Three of our finest players who have brought great joy and entertainment to our fans over the past 20 years are in line for major international awards. Chris Gayle, the game’s greatest power-hitter, as well as West Indies Women’s captain, Stafanie Taylor and her teammate, Deandra Dottin have been nominated for ICC Awards of the Decade.

The awards, a special edition of the ICC annual awards, will celebrate and reward top performances in the sport from January 1, 2011 to October 7 this year from both the men’s and women’s game.

Former West Indies fast bowler and television analyst, Ian Bishop, a member of the committee, said it was tough shortlisting the candidates for the awards.

“It is extremely challenging to shortlist any group of excellent players over an extended period. In making these choices we have tried to put context to performances, even as the different formats have evolved in pace and style in a 10-year period,” Bishop said. “Some of your favourite names may have missed out, but not gone without recognition. We hope that this is seen as an opportunity to discuss, celebrate and rejoice in the many great players who have entertained us on the field in the last decade.”

Gayle has been nominated for the ICC Men’s T20I Cricketer of the Decade. It is a recognition of the best overall performer in the men’s T20I format during the performance period. He was a member of the west indies team when they won the ICC T20 World Cup on two occasions in Sri Lanka in 2012 and again in India in 2016.

Taylor, the Windies Women’s captain for the past four years, has been nominated for the prestigious Rachel Heyhoe-Flint Award for the ICC Women’s Cricketer of the Decade, which recognises the best overall performer in women’s international cricket – across all formats – Tests, One-day Internationals and T20Is – during the performance period.

Dottin has been nominated for the ICC Women’s T20I Cricketer of the Decade, which recognises the best overall performer in women’s T20Is during the performance period.

Her maiden T20I hundred of 112 not out against South Africa Women in the opening match of ICC Women’s World T20 2010 West Indies at Warner Park in St. Kitts was the first by a woman in the sport.