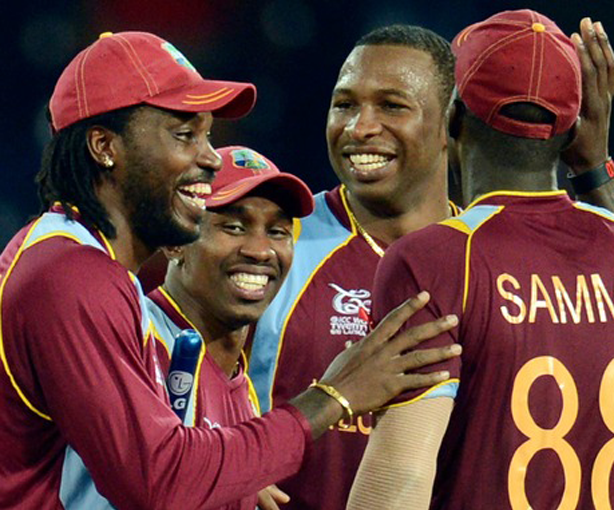 JOHANNESBURG—An upset Chris Gayle has blasted the omission of Dwayne Bravo and Kieron Pollard from the West Indies squad for next month’s World Cup as “ridiculous”, and says it smacks of victimisation.

Speaking after firing West Indies to an historic victory in the second Twenty20 International against South Africa at the Wanderers on Sunday, the maverick opener lashed out at selectors for axing the all-rounders, arguing the move weakened the one-day side.

“How can those two guys not be in the team? To me it got to be like victimisation when you look at it towards those two guys,” Gayle ranted.

“Come on, guys. It is just ridiculous. Come on. Ridiculous. [I’m] really hurt. Ridiculous. Honestly, it throw me off. We can only talk. We can express our feelings, which I’m doing at this point in time. The squad already is announced. It is just sad.”

The claim of victimisation is in reference to the role Pollard and Bravo played on the controversial abandoned tour of India when the one-day team abruptly quit the series over a contracts dispute with their players union, WIPA.

Bravo, the one-day skipper at the time, led the fight for the players against WIPA and the West Indies Cricket Board, as the players spokesman.

Pollard, meanwhile, was one of the senior members.

In selecting the squad for South Africa and the World Cup, West Indies selectors said they were looking to rebuild the squad, naming rookie fast bowler Jason Holder as the new captain.

And on Sunday, WICB president Dave Cameron rejected claims Pollard and Bravo had been victimised, contending the squads had been selected on a cricketing basis only.

A furious Gayle said, however, the strength of the one-day side would be impacted by the move.

“We don’t have our strongest team without Pollard, nor Bravo. So that is actually sad for us. It is a really big blow for us to actually lose two key players, two key all-rounders as well, very good in the outfield.

“I don’t know what’s the history behind it, but it is a ridiculous selection from my point of view.”

He added: “I don’t know where our cricket is actually going to … where we are heading with this sort of situation. But it is really sad. Actually we won the [Twenty20] series with our best team and now there will be changes, with two of our biggest players in ODI cricket not involved in the 50-over format and the World Cup.

“It really hurts but I’m really, really glad that we won the series for Pollard and Bravo.”

West Indies pulled off the highest run chase in Twenty20 Internationals to beat South Africa by four wickets with four balls to spare here Sunday, and take a winning 2-0 lead in the three-match series.

Gayle smashed a top score of 90 from 41 balls to record his second half-century and Man-of-the-Match award in the space of three days.