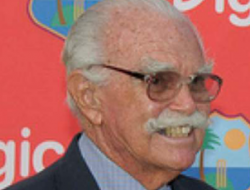 JAMAICA Tallawahs Captain Christopher Gayle said a “schoolboy display” from some of his batsmen severely undermined his team’s run-chase in the 17-run loss to Barbados Tridents in the Hero Caribbean Premier League (CPL) game at Sabina Park on Saturday.

Tridents left-arm spinner Robin Peterson took three wickets in one over and finished with 3-13 as the Tallawahs were held to 129-7 off their 20 overs. The Tridents made 146-7 when they batted first.

“It’s a worry, you’ve got to face the facts. It was very disappointing [and] I thought it was actually a schoolboy display in the batting order. Overall the bowlers did a good job to restrict them to 146, and we actually thought we could have chased it down,” Gayle said in a post-game television interview.

Kieron Pollard, the skipper of the Tridents, said the early damage done by Peterson was key, but added that the other bowlers played important roles in sealing the reigning champions’ fifth win in eight matches in the 2015 CPL.

“They (the Tallawahs) were in the game, but I told the guys after the 10th over that… they’re pushing ones and twos, but at some point they will need boundaries and all we needed to do was stick to our guns.

“I went to my experienced bowlers Ravi [Rampaul] and Jason [Holder], and I think they came through for us. Rayad [Emrit] bowled exceptionally well in the middle as well, so I think it was a total team effort in terms of the bowling unit and the fielding unit,” Pollard said.

Earlier, Barbados Tridents won the toss and chose to bat first on a surface that was expected to show some wear after hosting a third game in five days.

Openers Dwayne Smith and Dilshan Munaweera, who made 27 and 18, respectively, were fluent in helping the Tridents to 31 runs off the opening four overs. But the introduction of pacers Jerome Taylor and Juan ‘Rusty’ Theron saw wickets falling and the runs being dried up.

Pollard, who batted at number four, was dropped on 16 and on 42 and he ensured the total was still a reasonable one. On either side of a 59-minute break caused by the combination of a temporary power outage and a passing drizzle, Pollard unleashed a series of big shots down the ground, accumulating five fours and three sixes in his well-orchestrated 37-ball 59 not out.

Seamer Andre Russell bowled with pace and skill to finish with 2-18 for the Tallawahs.

Chasing 147 for the win, the 2013 champions were unable to cope against the disciplined Tridents and suffered their third loss this year.

Gayle, the leading the run scorer in the 2015 CPL, was sent back to the hut by pacer Ravi Rampaul for 14. His dismissal was key, since the Tallawahs’ two previous losses this season came when the big left-hander has failed.

Peterson piled further misery on the overwhelming Tallawahs support inside the full-to-capacity venue, accounting for Chris Lynn (13), Mahela Jayawardene (zero) and Jermaine Blackwood (two) in his first over.

A fifth-wicket stand of 67 runs between Chadwick Walton (46) and Nkrumah Bonner, who made 31 not out, pulled the hosts back into contention, but in the end the target proved too steep a climb.

“To lose three wickets in one over is always a difficult task to build back a partnership, but Chadwick and Bonner gave us a chance and in the end we were depending on Russell to finish off, but it didn’t happen,” Gayle explained.

It was the Tallawahs’ first loss at Sabina this season, and only their second defeat in nine CPL matches at the venue.

For the Tridents, who beat the Tallawahs at Kensington Oval in Barbados earlier this campaign, it was a first victory over the home team at Sabina Park.

Taken from the Jamaica Tallawahs