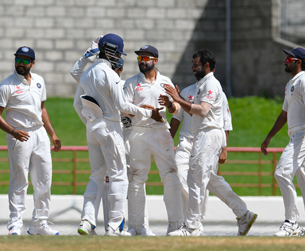 Full Membership of the ICC will no longer be a permanent right but instead a privilege up for review every five years, under proposed sweeping changes to the constitution of cricket’s governing body.

In a plan that will open up the game to emergent nations such as Ireland and Afghanistan, while also placing pressure on struggling nations such as Zimbabwe and even West Indies, the ICC’s executive board resolved at its February round of meetings in Dubai to push ahead with a fundamental redrawing of the level of accountability faced by Full Members.

In an email circulated among ICC members and obtained by ESPNcricinfo, the proposal from the ICC’s governance working group demonstrates how the concept of Full Membership is to be opened up. And now that there will only be two types of membership – Affiliate membership is to be removed – Associate nations will also need to adhere to stricter membership criteria. They will have their status reviewed every two years, but with far greater incentives for doing so – there is now a clear pathway to Full Membership and its attendant advantages.

“Full Member status is not enshrined forever,” the email states. “A Full Member may be re-classified as an Associate Member upon the recommendation of the Membership Committee where it fails to meet the Retention Criteria.”

While the Executive Committee, or ExCo, synonymous with the “Big Three” changes of 2014 is to be disbanded, a new and influential Membership Committee will be raised to deal specifically with membership compliance and decisions on whether to elevate Associate nations to Full Membership or demote current Full Members to Associate level. This “MemCom”, which will include both Full Member and Associate representatives, is to be empowered to decide on applications independent of the executive board.

“All applications for a new, enhanced or reclassification (demotion) of Membership will be conducted by a committee separate from the Executive Board. The essence of the MemCom’s role will be to objectively apply the criteria and make a decision on the application.

“The Board’s role will be limited to ensuring that due process has been observed by MemCom. This process ensures the elimination of any prejudices, bias or ‘politics’ of Board Members in the consideration of any application. The new Constitution will also provide for regular reviews of the membership criteria to ensure that Members are compliant, failing which they may be reclassified.

“In short, a Full Member is no longer guaranteed his status forever. All membership and the continuation of the membership will be on merit. A review of membership compliance of the criteria will take place every five years for Full Members and every two years for Associates.”

The email did not spell out what criteria for the two memberships will be, saying only that “new, detailed and objective Membership Criteria have been developed. These criteria and the utilization of the Membership Committee aim to make the processes around dealing with the membership matters objective, transparent and free from political influence.”

One of the main criteria, however, is likely to be some degree of financial transparency. The ICC will withhold funding from members unless they provide information on their finances, as well as how it is spent. The ICC will also retain the right to request members for an independent audits where applicable.

The executive board of the ICC, meanwhile, is to be expanded to 15 directors, including the chairmen of the 10 Full Member nations, three chairmen of Associate nations, the independent ICC chairman and one other independent director who will be female. The Associate chairmen and the new independent female director will all have full voting rights, with a two-thirds majority required to carry the vote. Provision will also be made for the use of secret ballots when required, meaning board members will no longer need to stare down each other when voting.

The working group has also proposed a reduction in the number of committees, proposing “more debate and decision-making for the Board.” But on important committees such as Finance and MemCom, they propose adding an Associate representative.

These changes are being proposed alongside a new financial model for ICC tournament revenue that will re-cut the pie rather differently to the model adapted in 2014 – a project of particular concern for the governing body’s chairman Shashank Manohar, who has been a vocal critic of the “Big Three” structure enshrined three years ago.

They were agreed to in-principle by the ICC executive board at recent meetings, though the boards of India and Sri Lanka were notable objectors. The new landscape will face more debate at the next round of quarterly meetings in April, before their first chance for formal ratification at the ICC annual conference in June.

Other work on league structures for international cricket is also progressing, with models for Test, ODI and T20I championships being approved in principle for introduction from 2019 onwards.