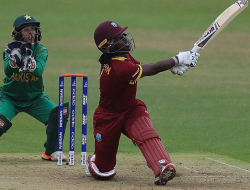 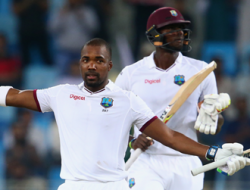 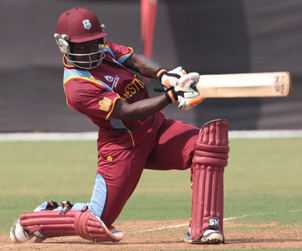 From tears to joy: Dottin says hundred was ‘big relief’

LEICESTER, England—Nine days ago at Grace Road here, Deandra Dottin was virtually inconsolable after West Indies were dismissed for 48—their second-lowest total in One-Day Internationals—as they crashed to an embarrassing 10-wicket defeat to South Africa Women.

The 26-year-old sobbed openly following the result which marked the Caribbean side’s third straight loss at the ICC Women’s World Cup. She had failed to score and conceded 23 runs off her three overs—including the winning runs.

On Tuesday, emotions could not have been more contrasting. Dottin was tossing her bat away in euphoria in celebration of her maiden ODI hundred—a superb unbeaten 104 off 76 balls—as West Indies beat Pakistan by 19 runs under Duckworth/Lewis.

“I think it is a big, big achievement knowing that I have been working very hard on my game and to have actually crossed the border in scoring that hundred today I feel very proud of myself. I knew I could’ve done it and I did it today,” the Barbadian told reporters afterwards.

“It’s a big relief. It’s been due for a long time knowing the type of player I am, I could have scored a hundred—and I should have a couple more anyway. But I’m just thankful for it, I’m thanking God for bringing me through it and helping me to stay strong at the crease.”

Dottin, who also has a Twenty20 international hundred, took time to play herself in before exploding to strike 12 fours and two sixes. Her first fifty required 49 deliveries and her second just 22, as she scored the fastest ODI century by a West Indies women.

The right-hander said she always felt she was in good nick especially judging from her fluent 38 off 25 ball in the Windies victory over Sri Lanka last Sunday.

“Coming off the last innings against Sri Lanka, I was batting pretty well but it’s just I played a bad shot,” she pointed out.

“I set pretty high standards for myself so that was my mistake and I didn’t feel too good about it. But having to come into this game, I had in the back of my head ‘just play with a straight bat, just knock it around and wait on the bad ball and then go.’”

West Indies women have had a wretched tour, losing all five warm-up games and the first four fixtures of the tournament to suffer early elimination.

However, the reigning T20 World Cup champions produced their best form against Pakistan in rallying to 285 for four—their second-highest total in ODIs.

Dottin said the entire team deserved credit because they had rallied together during the difficult losing streak.

“It was quite a turnaround emotionally. We as players have been working very hard on our game despite win, lose or draw,” she stressed.