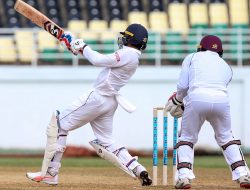 de Silva hundred not enough as Windies A take... 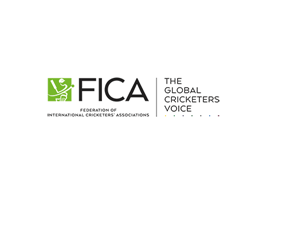 14th October 2017 Comments Off on FICA responds the the ICC Announcement of New Structures Views: 1070 News

FICA acknowledges the amount of work that has been done, and that a step forward has been taken, by the ICC and various country Boards in formulating and agreeing a Test league and ODI league.  FICA remains concerned however that, as part of the changes, the new overall cricket structure does not address existing weaknesses and imbalances in the global playing landscape, and the need to ensure an appropriate balance between international cricket and the domestic T20 leagues.

“Whilst some of what ICC has now agreed is positive, notably in regard to the ODI league, we feel that the game has missed a significant opportunity to provide real clarity and consistency to the overall global structure,” said Tony Irish, Executive Chairman of FICA.

“The introduction of Test and ODI leagues to create context and sporting narrative was one these but others include, for example, the removal of the inherent conflict for players between international cricket and domestic T20 leagues, balancing all three formats of the game, removing scheduling conflicts by adopting clear internationally recognised scheduling windows, adopting a centralised approach to potential innovations such as day/night and four day Tests and developing a clear pathway and meritocratic opportunity for developing nations.  These really should have been addressed in one new structure.”

FICA welcomes the introduction of the proposed ODI league and in particular the fact that the number of matches is clearly regulated to ensure the volume of cricket is controlled and that matches without context are not played outside the league structure.

“Although it’s not ideal that teams won’t play all other teams during the cycle the league is otherwise clear in its structure and regulation and it also provides meaningful opportunities to 13 teams,” said Irish.  “We will still need to see how effective it is in feeding into the ICC Cricket World Cup.”

Whilst FICA acknowledges some context has now been introduced into Test cricket it is clear that optimal change has been restricted by the fact that context is being wrapped around existing bilateral scheduling arrangements instead of the other way around.  FICA believes that regulation in the Test structure to ensure clarity and consistency doesn’t go far enough.

“The fact that countries will play different numbers of Test matches in a series depending on the opposition will mean that any points system will not be simple and easily understandable,” said Irish. “We will have to see exactly how the points will work but I think it’s a challenge to run a genuine league when some countries will be playing significantly more matches than other countries in the same league table.”

“It is also left up to countries to play Test matches outside the competition structure which is likely to be confusing, and simply adds volume without context.  Perhaps some of these non-league matches will be against new Test nations but then it’s a pity that there is no clear pathway for those countries to advance or enter the competition based on merit.”

FICA notes that four day Test matches will not be part of the Test league.

“We are not sure of the objective of playing four day Tests right now,” said Irish.  “The format doesn’t need trialing as it’s played in most domestic first class competitions.  We see the benefit that four day Tests could bring to an overall competition structure but the benefit of change is not clear if it’s not part of a structure.  In these circumstances we don’t see the need to tinker with what many treasure as part of the heritage and tradition of the game.”

“Although FICA was involved in conceptual discussions on these leagues neither we, nor the players, have been part of the final development of the competition structures.  I think we should have been, especially because the player labour market and player decision-making are significant drivers of what the future of the game will look like.”

“It seems that the agreed structure will be locked-in for some time.  We will now have to see whether the changes have gone far enough to sufficiently enhance international cricket.”