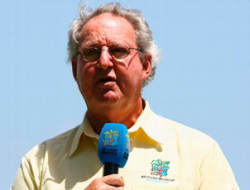 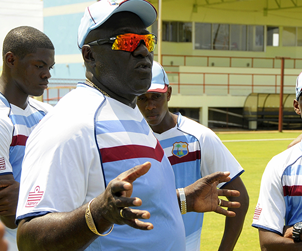 Former Barbados fast bowler Roderick Estwick has been named West Indies’ bowling coach and will replace Curtly Ambrose, who served as a consultant, the WICB announced on Friday.

Estwick will join the team at a preparatory camp from May 19, and his first assignment will be the home tri-series against Australia and South Africa, which starts from June 3 in Guyana.

Ambrose had served as a consultant for the last three years and his most recent assignment was West Indies’ World T20 triumph in India in April. The WICB press release did not state a reason for Ambrose’s exit.

Estwick, who was the bowling coach of the Barbados domestic side, has also coached the West Indies Under-19 and Barbados Under-19 teams previously, apart from participating in the High Performance Centre programme. He played 37 first-class matches between 1982-83 and 1989-90, taking 141 wickets at an average of 21.9. In 42 List A matches in the same period, Estwick took 43 wickets.