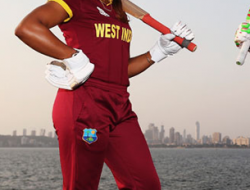 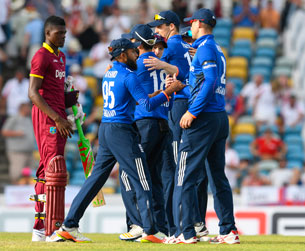 England and Pakistan were the biggest gainers in the ICC’s annual T20I rankings update, climbing to second and third place respectively. New Zealand, meanwhile, held on to top spot despite losing two points, while India and South Africa slipped down the table.

England gained seven points and climbed up three places on the table to second, while Pakistan, who were ranked seventh last year, climbed to third place after gaining five points. Both teams had 121 points but Pakistan were ranked behind England by a fraction of a point. India and South Africa both lost six points and dropped to fourth and fifth on the table respectively.

Both India [14 wins in 20 matches] and South Africa [10 wins in 15 matches] had good results between May 2015 and April 2016, which were weighted at 100% in the previous cycle; these results are now weighted at 50%. Over the last 12 months, however, both teams have played fewer matches and have not had as much success: India played eight games with four wins, while South Africa won two of their four T20Is.

Pakistan, on the other hand, had consistent results over the last year. They beat West Indies by margins of 3-0 and 3-1 in the UAE and the Caribbean respectively, while also winning a one-off T20I against England.

Australia moved up one place from last year to sixth on the table, while West Indies dropped to seventh. Sri Lanka and Afghanistan remained at the eighth and ninth places respectively – Afghanistan gained six points over this cycle to take a 12-point lead over tenth-placed Bangladesh.

The rankings bear importance for qualification for the 2020 World T20. Australia, hosts for the tournament, and nine other top-ranked teams as on December 31, 2018 will gain automatic qualification. The bottom eight sides will join regional qualifiers in the 2019 World T20 Qualifier. Six sides from the qualifier will then join the 16-team World T20 pool.