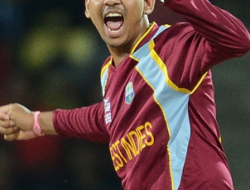 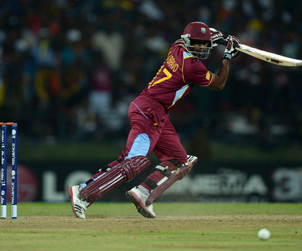 Surrey have signed West Indies allrounder Dwayne Bravo as one of their overseas players for the NatWest Blast. He will be available for six Blast matches in June.

Bravo has just finished a spell with Melbourne Renegades in the Big Bash League and has plenty of T20 experience, regularly taking part in the IPL – where he has played for Chennai Super Kings and Mumbai Indians – as well as the Caribbean Premier League. In 2006 he had spell at Kent and in 2010 he was signed by Essex for an unsuccessful appearance at T20 Finals Day.

“I’m really happy to have signed for Surrey. It’s a club I’ve always wanted to play for. I can’t wait to join the boys in June and play in front of all my English fans,” Bravo said.

Bravo, 32, was recently left off the WICB’s contract list, although he has been named involved squad for the World T20. He has not played in ODIs since West Indies pulled out of their tour of India in 2014 and has retired from Tests.

Surrey already have Kumar Sangakkara signed up as their main overseas player for 2016 but they will not be able to call on Kevin Pietersen, after he ruled out any involvement in the English domestic season. After reaching Finals Day in 2013 and 2014, Surrey did not make it past the group stage in last year’s Blast.

Surrey’s director of cricket Alec Stewart said: “Dwayne is one of the top allrounders in world T20 cricket. He’s played with great success wherever he’s been so to secure his services is a great coup for us. He’s a game changer and a match winner and I’m sure plenty of people will want to come through the gates to see his talent.”