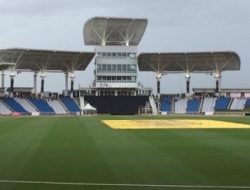 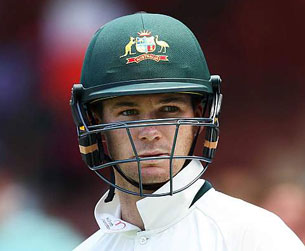 Print
Peter Handscomb, the Australian Test batsman, has leapt into the festering pay dispute engulfing Australian cricket by publically stating that players “should be treated equally”.
Discussions between the Australian Cricketers’ Association (ACA) and Cricket Australia (CA) reopened during the week after the players rejected the contentious new payment model. Under the proposed model from CA, Sheffield Shield players would be excluded from the set-percentage model for the first time since it was introduced in 1997.
Handscomb, who has played eight Tests since debuting last November, raised fears for the game’s long-term future if the current financial model could not be retained before negotiations end on June 30.
“It’s about being a partner in the game. It’s huge for the players. We all feel we have a genuine role in growing cricket,” he said on Friday (May 12). “We’re putting ourselves out there in public, playing and promoting the game all the time. The revenue-share model helps us feel that we’re really part of the successes or failures.
“That includes the players going on a dip with Cricket Australia if revenue falls for whatever reason. That’s what partnership is all about,” he added. “We all want cricket to be the best it can be and that means that if things don’t go well for a period of time, we all should share the hit. On the other side, if it does grow, it’s a partnership that rewards everyone, including grassroots and all the other levels of cricket in the country.”
Handscomb said players could be lost to Twenty20 cricket if CA’s proposed changes ensued. “Playing in Twenty20 leagues is a real possibility for a lot of players now,” he said. “The T20 circuit is a reality now, all the tournaments sort of follow each other. If you want to go down that path, you can. But I think if the domestic players in Australia are being treated fairly, then I think they’ll want to stay and do their best to play for Australia.”
Handscomb’s comments came as the ACA reportedly lodged a formal request with CA for independent meditation. Australia’s Champions Trophy squad departs for the UK on May 18 and the players have to compete in the tournament as it falls under the current payment model. However, players may opt not to promote next summer’s Ashes series as the impasse continues.