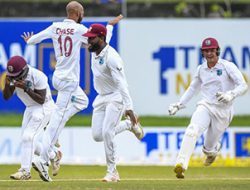 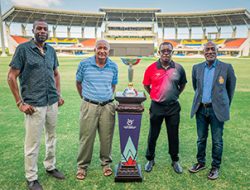 Antigua Officially Announced As Host Country Of ICC Under-19... 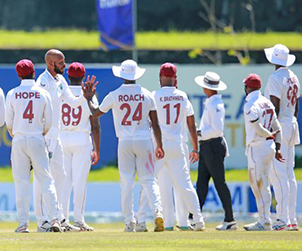 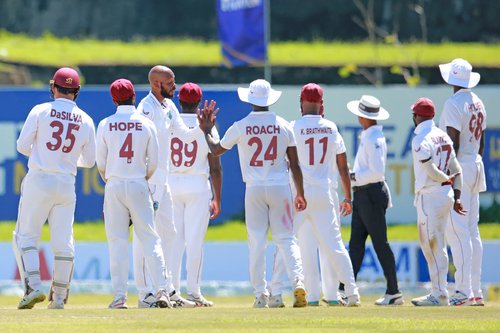 West Indies will need some heroic batting on the fifth and final day if they are to win the second Test match and level the series against Sri Lanka. The visitors had the home team on the ropes at 221-8, but a magnificent century from Dhananjaya De Silva saved them from a precarious position and have put them in the ascendancy. The right-hander finished the day on 153 not out from 259 balls with 11 fours and two sixes – his eighth Test century.

De Silva added an unbeaten 107-run partnership with Lasith Embuldeniya, the Number 10 batsman who will resume the last day on was 25 not out off 110 balls. They now lead by 279 runs with two second innings wickets in hand. De Silva was also involved in important partnerships of 78 runs for the fourth wicket with Pathum Nissanka, and 51 for the sixth with Ramesh Mendis. Nissanka’s second half-century of the match ended on the last ball before lunch, lbw to left-arm spinner Veerasammy Permaul for 66 off 154 balls. He made 73 in the first innings.

Earlier in the day Sri Lanka resumed on 46-2 and went to lunch at 151-4, leading by 102 runs. The West Indies seized the initiative when Dinesh Chandimal was caught and bowled by Roston Chase, Mendis was caught in the deep off captain Kraigg Brathwaite, Suranga Lakmal was trapped in front for seven, and an injured Angelo Mathews batted at Number 9 and edged to the slips on just one. Permaul had the best bowling figures of 3-100 off 39 overs to follow up his five-wicket haul in the first innings, and Chase had 2-82 off 27 overs.

“98 overs tomorrow and a score in region of 300 runs to get on a wicket that is turning … it is going to a difficult one. De Silva batted well and controlled the game really well. The wicket wasn’t really ragging as much as we thought it would and he made a superb hundred. The pitch still looks to be good still. When it’s rolled tomorrow, we will see how it looks tomorrow when we come back. Some days you have to appreciate when someone plays well and acknowledged that. We bowled well and were kept in the game, and we were energetic in the field, but he played well.”