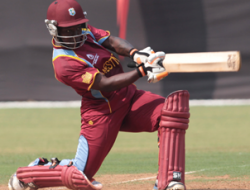 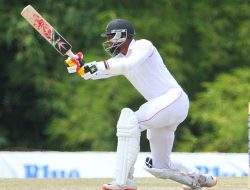 JOHN’S, Antigua – Cricket West Indies (CWI) have today confirmed that batsman Darren Bravo is available with immediate effect to play in all forms of cricket, following his apology to CWI and the President, Dave Cameron.

President Cameron said: “In early November 2016, I gave an interview to SportsMax TV during which I discussed player retainer contracts and the grades of contract that had been awarded to certain players. In the course of the interview I stated that Darren Bravo had previously been on an ‘A’ contract, which I have since been advised is not correct. I apologize for the misstatement, and wish to assure Mr. Bravo that there was no insult or offense intended towards him. Darren is a senior cricketer who has been a valuable part of the Windies set up for a long time, and I would hope to see his game continue to progress and mature, at both regional and international level.”

Darren Bravo issued the following statement:  “On the 11th day of November 2016, after viewing statements made about me by Mr. Dave Cameron, President of the Cricket West Indies, on a television sports programme, I tweeted a response which referred to the President which was, in retrospect, inappropriate.  As I have always tried to uphold the best traditions of West IndiesCricket and its players, I now therefore wish to withdraw the comment made on my Twitter account and apologize to the President of CWI and to all Windies fans. I look forward to continuing to play a positive role in both the West Indies’ senior men’s team and regional cricket, as well as helping to grow and develop cricket in the region at all levels.”