Matthews And Bruce Lift Bajans To Big Win In... 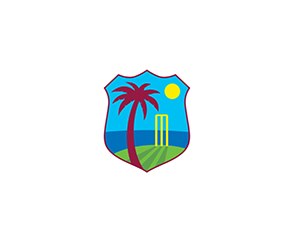 ST JOHN’S, Antigua – Cricket West Indies will stage the players draft for the upcoming Professional Cricket League season on Friday, which will form part of the busiest year of cricket in the region. The event will be held via Zoom and will feature two rounds, with each of the six franchises already pre-selecting 13 players.

Roland Holder, CWI’s Manager for Cricket Operations, said hosting the draft was yet another signal that CWI remained in the forefront of developing talent across the region and was also committed to making progress despite the challenges faced by the ongoing COVID-19 pandemic.

“We have just completed the West Indies Championship four-day first-class matches, which returned after a two-year break due to the impact of the COVID-19 pandemic. It was a truly great five rounds of matches as the players demonstrated their hunger for red ball cricket and the tournament had a number of outstanding performances. Now the next step is looking ahead to the summer of cricket across the region and from there we plan for the marquee CG United Super50 tournament, which will see the participation of all six franchise teams,” Holder said.

“Therefore this draft will be significant as the teams look at their resources for both white ball and red ball cricket, as well as development of their young talents for the future. The draft continues to demonstrate that CWI remains committed to our professional cricket structure and system and the growth of our players.”

Barbados Pride were crowned champions in the West Indies Championship, when they won in Trinidad earlier this month, to retain the Headley/Weekes Trophy named in honour of legends George Headley and Sir Everton Weekes.

Trinidad & Tobago Red Force are the defending champions in the CG United Super50. They won the title in 2021 and took the Sir Clive Lloyd Trophy, named in honor of the great captain who led West Indies to the World Cup triumphs ion 1975 and 1979.